Restaurants come and go, but some are more popular and stick around for decades. Here’s a quick checklist of some local San Diego restaurants that have been in business for at least fifty years. How many have you patronized? Enjoy! 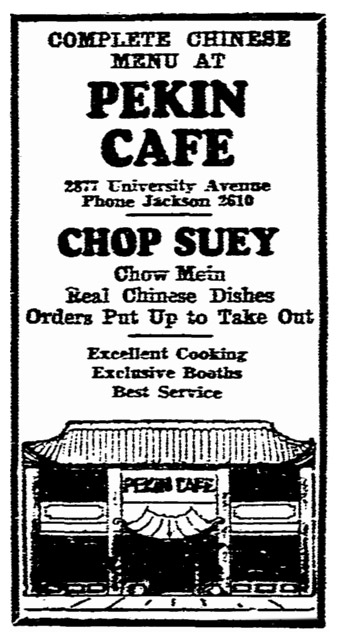 (1928-2018) [closed Nov 2018], originally founded by Florence Peters and family as Ramona’s Spanish Kitchen in 1932 to take advantage of tourists’ fascination with the story of Ramona (Nearby, Old Town’s Casa de Estudillo was renamed Ramona’s Marriage Place and heavily marketed as the venue from Helen Hunt Jackson’s period romance novel). The restaurant was taken over as La Piñata in 1962. 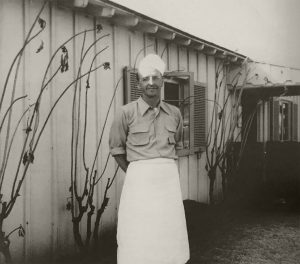 Update: Even though historically designated, the clubhouse is scheduled to be gutted and converted to a pro shop and offices. The City of San Diego’s Clubhouse Improvement Project dictates a new modern clubhouse and restaurant will be built adjacent to the ‘renovated’ clubhouse. Litigation has stalled the city’s efforts. 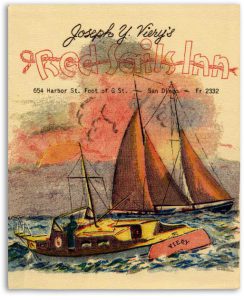 (1935-2016) [closed 31 Aug 2016], established by Joseph Y Viery at Fisherman’s Wharf and G Streets, this seafood eatery was originally adorned with a red sail. Okay. Not continually running since 1935 (it was closed for a few years), but reopened by Jack Allen Davis in the Shelter Island location in 1957. A favorite with local boaters. 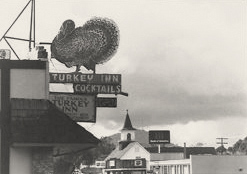 (1937) Turkey Inn, Homer Tucker’s longtime cafe and bar in Ramona was known for turkey dinners, as well it should. Ramona was once the epicenter of San Diego’s pre-war turkey farming industry.

(1940) El Indio, traditional Mexican food, allegedly the originator of rolled tacos. Go for the taquitos, stay for the chips. 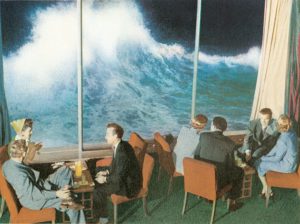 (1941) The Marine Room, originally built in 1916 as the Spindrift Inn. High-tide brunch gets exciting when ocean waves hit the windows. 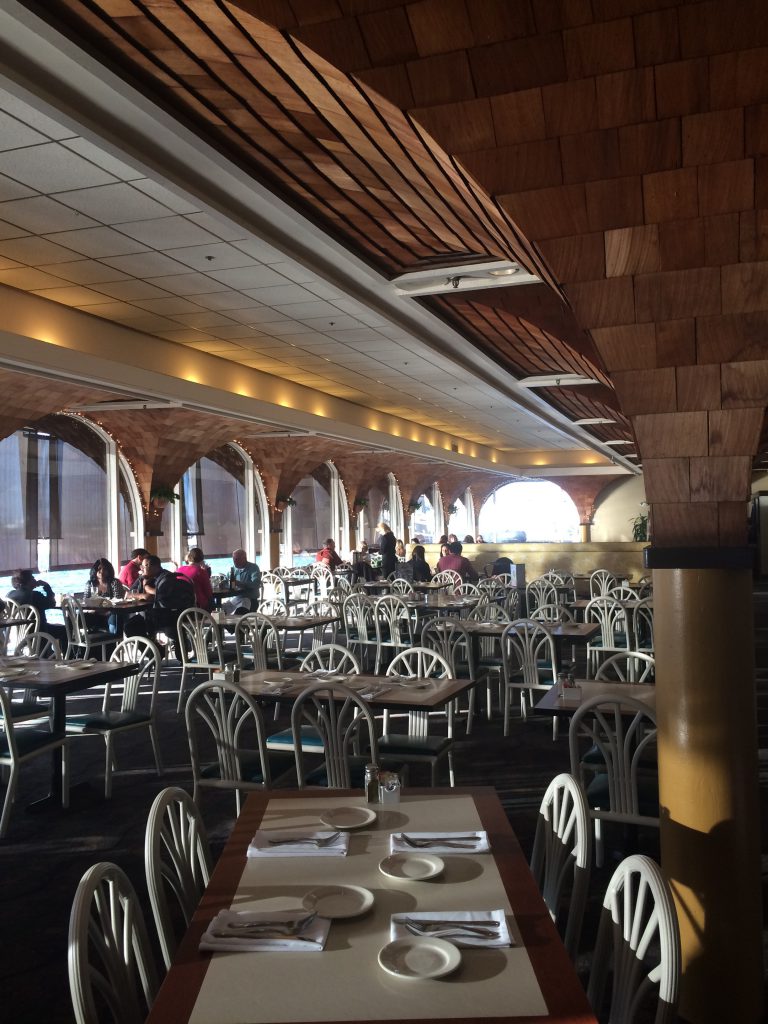 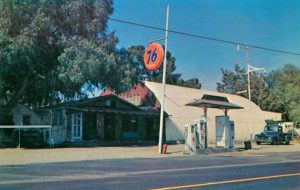 (1946-2020) [closed Mar 2020] home of the world famous all-you-can-eat fish fry, and some mighty good barbecue too. Originally homesteaded in 1888, the mercantile was established in 1915. The establishment closed permanently due to COVID-19 closures and the death of owner Leon Herzog. Hush puppies with honey.

(1946) Pernicano’s Family Ristorante, founded by Vennero and Maria Pernicano and made famous by handlebar-mustachioed son George, this Italian-American chain is still operated by the family. Chicken Francesca or a la Baffi.

(1946) Rainbow Oaks Cafe, originally founded in 1946 as ‘The Oaks.’ The historic eatery was bought by Jonell & Duke Maples in 2009 and remodeled using salvaged lumber from the 2007 fire. American home-style food, big portions is in order here!

(1947) The Barbecue Pit, established by two sisters and their husbands, the chain of Texas-style barbecue joints is still run by the families. Joe & Lila Browning and Ed & Mella Jenson started out in the Maryland Hotel. Several locations have split off over the years as Wrangler Family Barbecue.

(1949-2021) [Closed 2021], the bayside seafood house originally located on what was known in the 1940s as Fisherman’s Wharf. It was reopened in 1980 in Seaport Village which is slated for redevelopment. 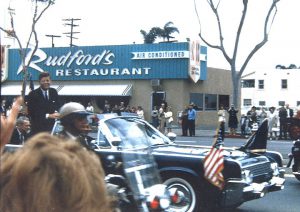 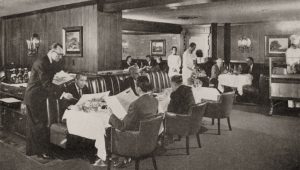 (1951) Grant Grill, iconic restaurant in the U.S. Grant Hotel. Originally a men-only-for-lunch establishment, until stormed by a group of women attorneys in the 1970s. Look for the bronze plaque! Excellent food and beverage programs today, with live entertainment.

(1951-2020) [closed Apr 2020], the steak, seafood and sushi joint is considered a Mission Beach institution. Originally opened by Joseph Saska as Saska’s Hi-Tide Cafe, then purchased by the Patio Restaurant Group. Re-opened in March 2022 as Moe’s by the OMG Hospitality Group, who bought the restaurant at auction after The Patio Group imploded. 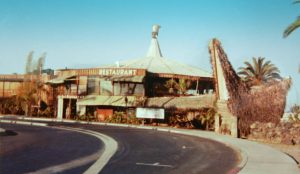 (1955) La Bella Pizza Garden, Tony and Kitty Raso opened their pizzeria in 1955, and it’s still run by the family.

(1955) Lido’s Italian Foods, family-owned for generations, Marco and Liz Simi’s traditional Italian restaurant is well-loved, with a consistently good menu. Go for the pizza, but partake of their famous appetizer served first – the salami, cheese and Cheez-It® cracker plate.

(1956) Jose’s Courtroom, La Jolla’s popular hangout, was originally established in an old courthouse as ‘The Courtroom.’ The next year, John Fallis bought the place and served Mexican food, which is still its draw to this day! In 1972, the restaurant moved to its present location in the Village of La Jolla. 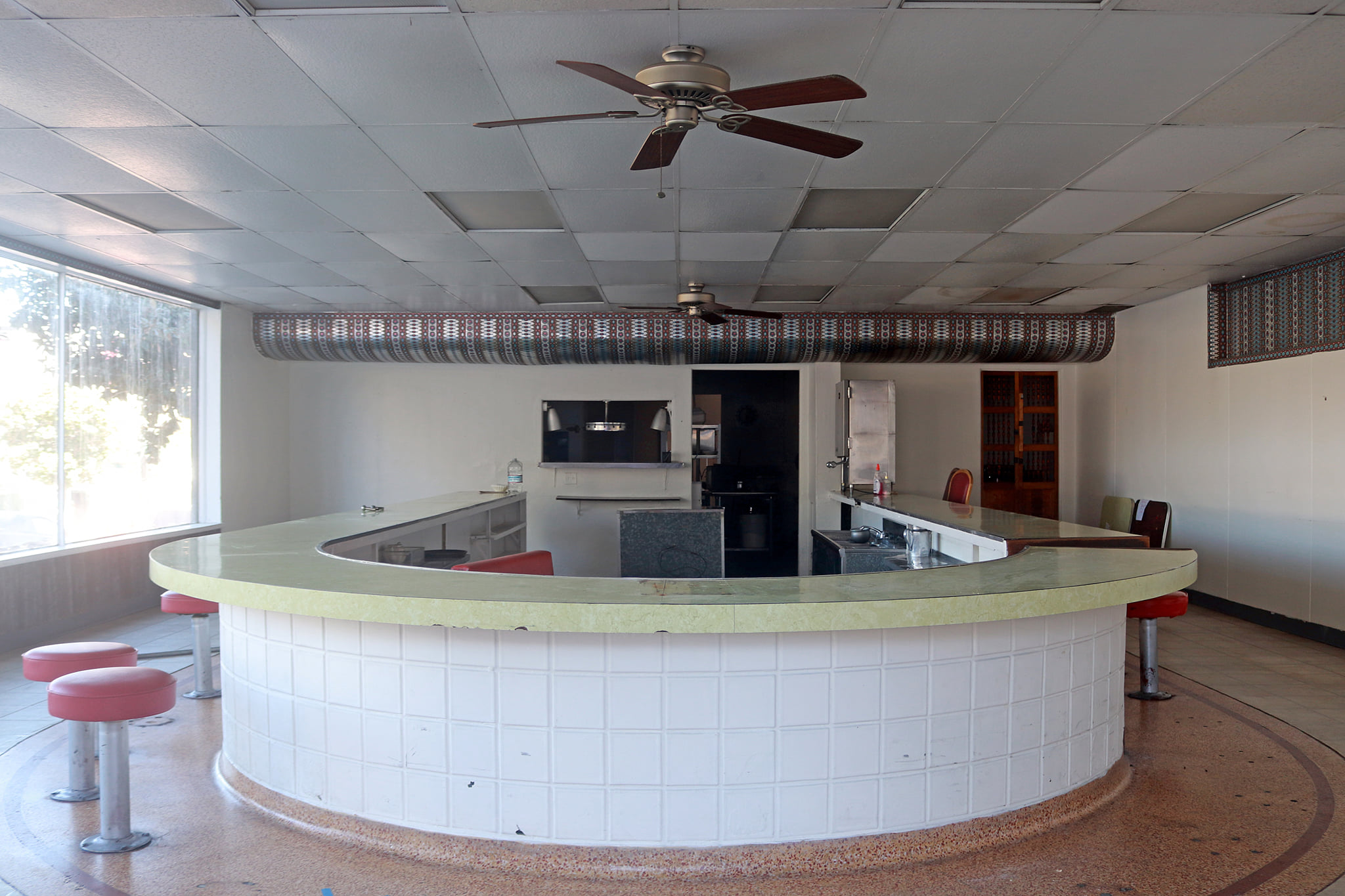 (1957-2020) [Closed 2020], inexpensive, Mexican-American diner located on the southeast corner of 12th (now park Blvd) and Broadway streets. For years Juan and Teresa Gonzalez’s cafe entrance was graced with one simple, hand-painted word — ‘Restaurant.’ Originally opened as Chick’s Coffee Shop by Juan Gonzales and Raymond Turnage. On October 19, 2021 the vacant building burned, and what was left was demolished.

(1960-2018) [closed June, 2018], founded in 1960 by Vernon E Lontz (who said he bought it from a woman named ‘Nati’, but the location was previously Dorothy Bales’ Consuelo’s, and he was its manager), now owned by Marilyn Thomas and Dennis Kerr, this longtime favorite has been serving up some of the same delicious Mexican recipes since the Eisenhower administration. 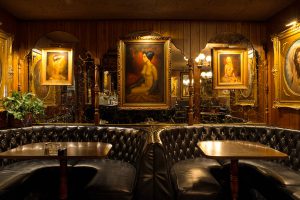 (1964) Roberto’s Taco Shop, starting out with a tortillaria in San Ysidro, Roberto Robledo and sons have grown their family tree of ubiquitous taco shops to over 70 in the Southwest (not including all the *berto’s variations). Go for the carne asada burrito.

(1965) The Wrangler Family Barbecue, opened up by Forrest Holly and the Jenson family as another location of their Barbecue Pit restaurants, this place is a treasured time capsule that still serves up the same great Texas-style barbecue from Lyndon Johnson’s day…

(1966) Wong’s Golden Palace, classic family-run Chinese eatery, celebrated its 50th anniversary February 28, 2016. Island of Flowers has been on the menu since day one. The Dragon Room bar serves tiki drinks, including their signature Wong Cup. 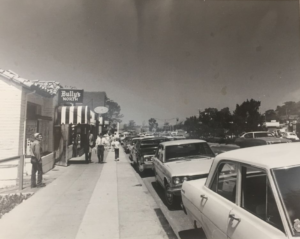 (1967) Bully’s was founded in La Jolla in 1967 by George Bullington, JD Dahlen and Lester Holt. Today, Mission Valley (est 1971) location is known for strong cocktails, hearty steaks and great prime rib. Bullington is said to have invented the Keoke Coffee. 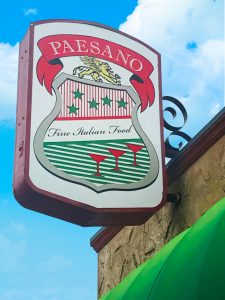 (1968-2019) Marshall Pellar’s long-lasting Sonoran-style Mexican food and seafood grotto. In the same spot as The Luau, Mister Lucky’s Smorgette, and The Connoisseur restaurants. Pellar claimed to have invented the Strawberry Margarita and Nachos in 1968.