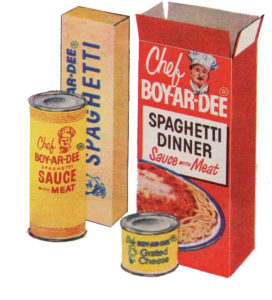 As far as food brand mascots are concerned, did you know that Chef Hector Boyardee was a real person?

Born Ettore Boiardi (1897–1985) in Piacenza, Italy, he emigrated to New York City in 1914. He eventually became Plaza Hotel’s head chef, then opened his popular Cleveland restaurant Il Giardino d’Italia. His partner and brother Ricardo Paolo Boiardi was maître d’ at the Persian Room restaurant in the Plaza Hotel. The Boiardi family grew the business into a nationally known brand of canned Italian “alimentary paste.” By 1930, his instant spaghetti dinner in-a-box was marketed under the phoneticized “Chef Boy-Ar-Dee Spaget-Tee.” Why? His salespeople and could not correctly pronounce “Boiardi.”

While researching in the New York Public Library’s archives, we found Hector and Paul applied for ten foodstands at the 1939 New York World’s Fair! Didn’t happen, though.

Because really, spaghetti while you walk? 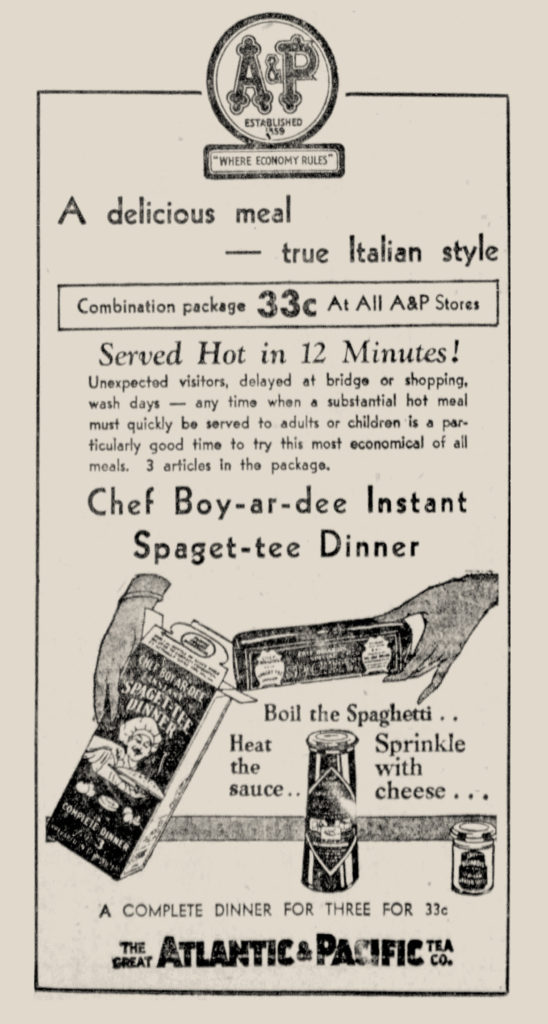 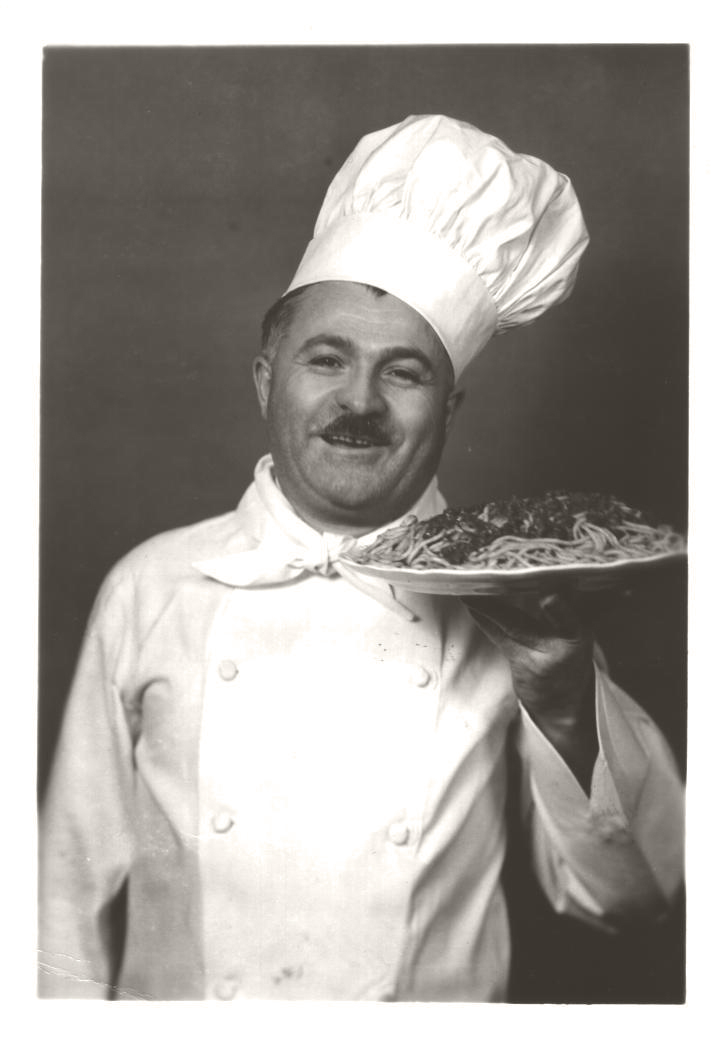