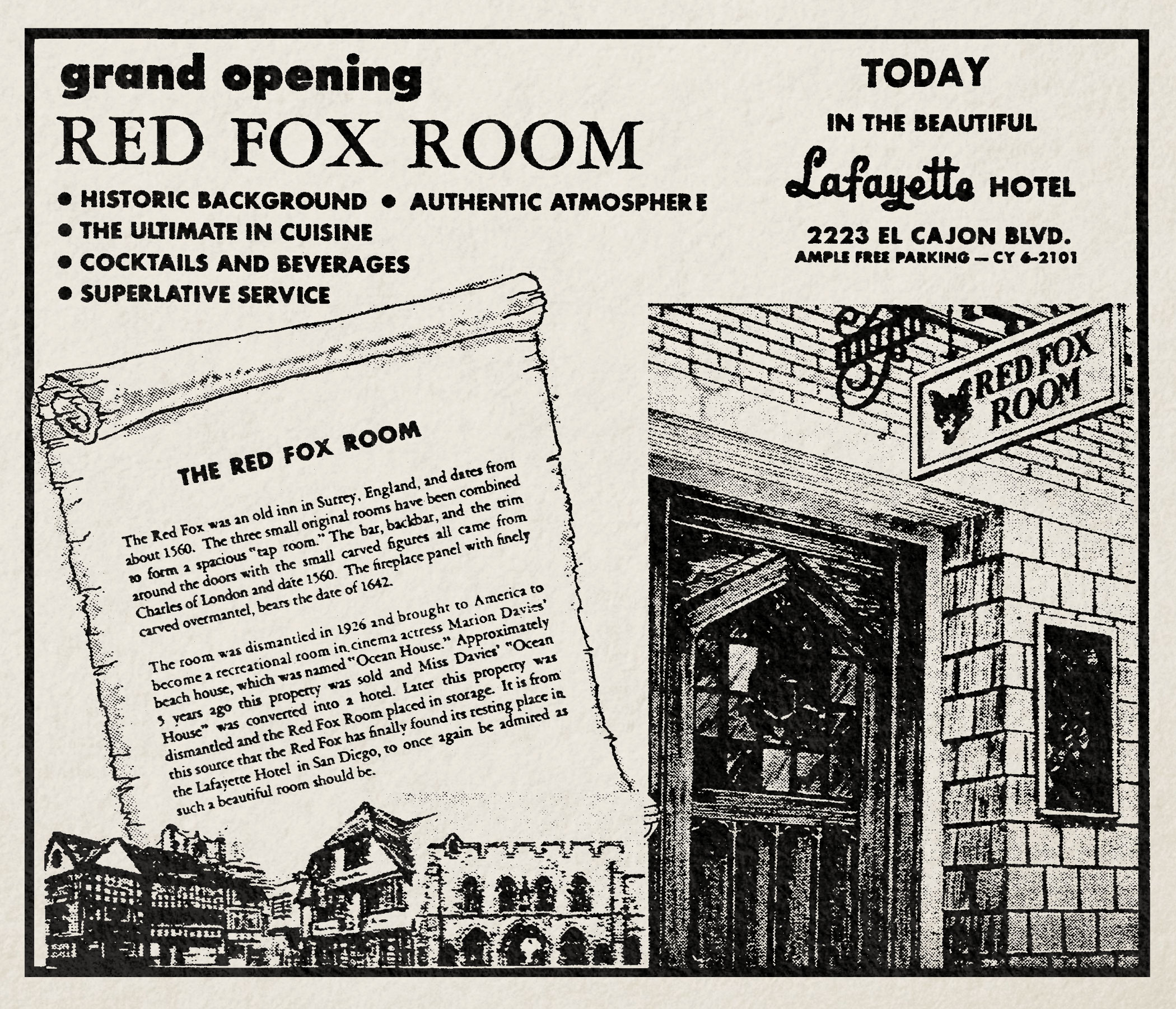 The iconic and landmark Red Fox Room opened Saturday, 17 Oct 1959 and has been the well-loved home of stiff martinis, juicy steaks, shrimp cocktails and classic piano bar karaoke ever since…

“Fixtures in the Lafayette Hotel’s new restaurant, the Red Fox Room (opening Saturday), were built into a famous inn in Surrey, England, 400 years ago. They include a bar, fireplace, hand-carved paneling and stained glass windows. (In 1926, Marion Davies moved the entire room from England to her memorable ocean house in Santa Monica.)” 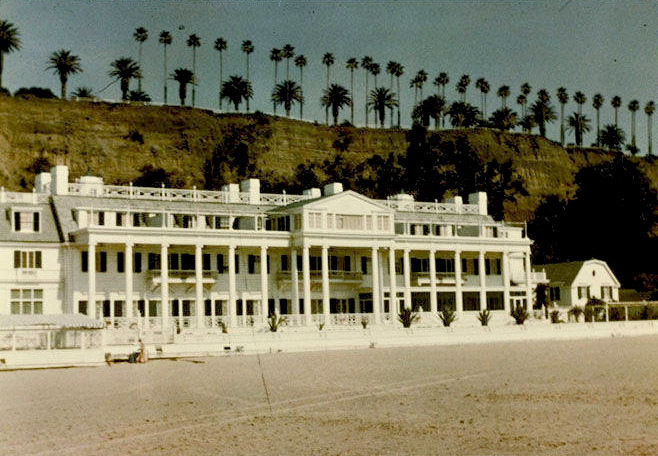 End of lease and impending high rents are forcing the restaurant’s closure and possible move. Lafayette owner Jay Wentz decreed ownership of the ancient fixtures as part of the hotel, and now a passel of lawyers are involved.

The newest word is the Red Fox Room will be open until the end of June, and Wentz is backing down from the ownership claims due to historic status of the items when his firm, JCG Development, was renovating the hotel. 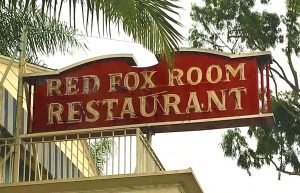