The travels and experiences of thousands while serving in the US Navy helped to inspire later Polynesian and Tiki crazes. Many of these servicemen came through San Diego at the US Naval Training Center (NTC). Established in 1923 and expanded in 1927, it served as naval boot camp until 1993. Today, its historic structures designed by San Diego architect Frank Walter Stevenson (Glen Abbey Memorial Park, Bush Egyptian Theatre, San Diego YMCA, The Foreign Club and Hotel Comercial in Tijuana, Colonial Hotel in La Jolla, etc) are home to Liberty Station, a mixed-use retail, commercial and residential community.

Here is a souvenir novelty menu from the base’s mess hall, for July 4, 1926. They got cigarettes and candy for dessert! 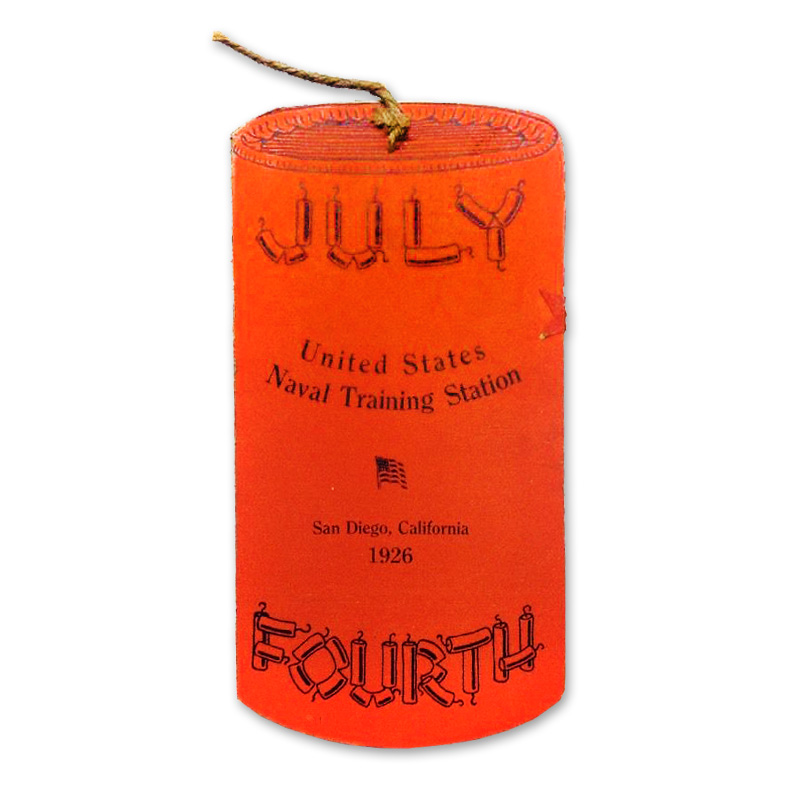 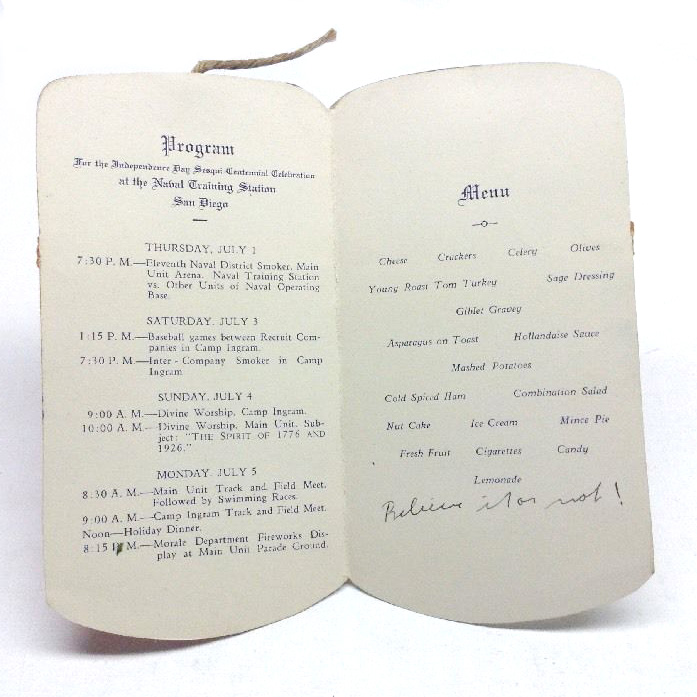 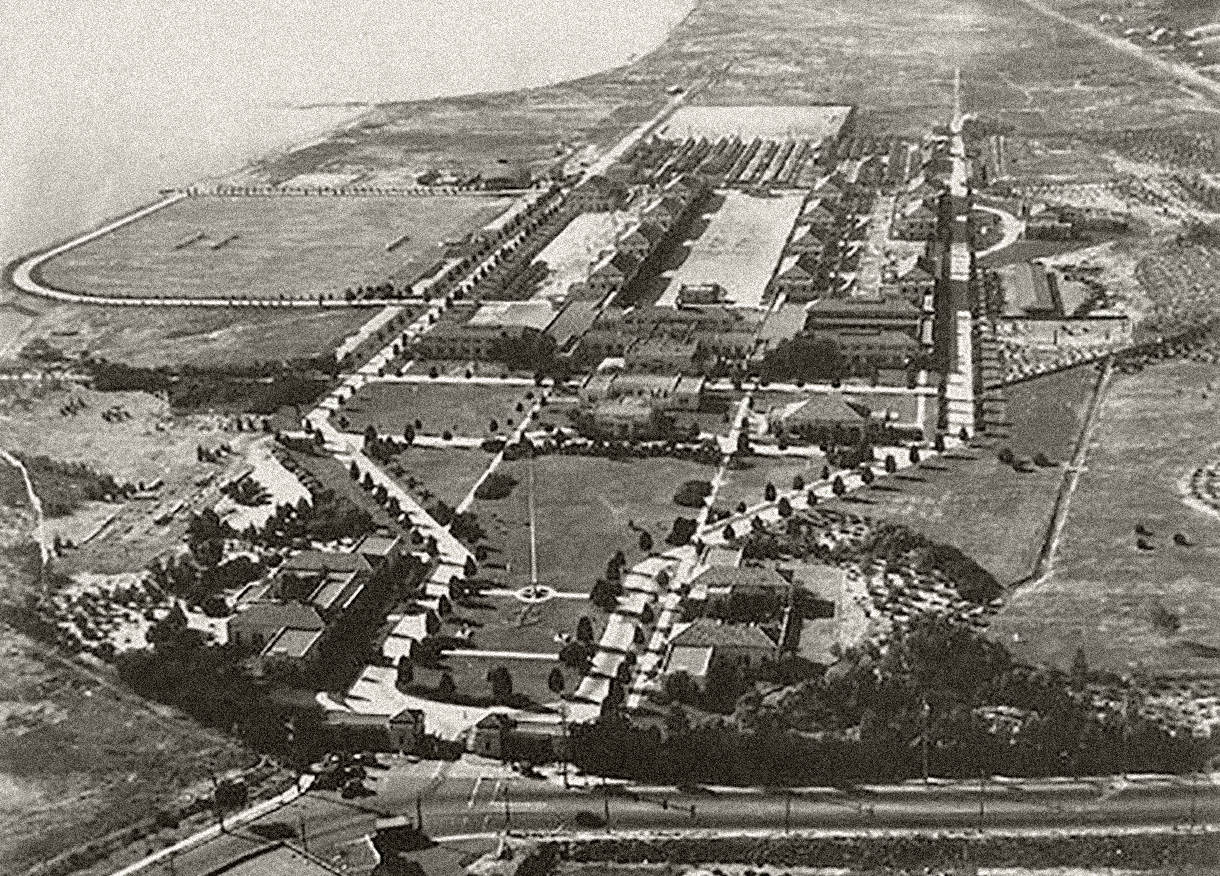 What is it about the old stereotype of sailors and rum? Check out the base architect’s visual pun – NTC’s roads clearly form the shape a bottle.