The story of George Joe’s Chinese Village and Cantonese Village restaurants, which served the San Diego community for over 50 years. 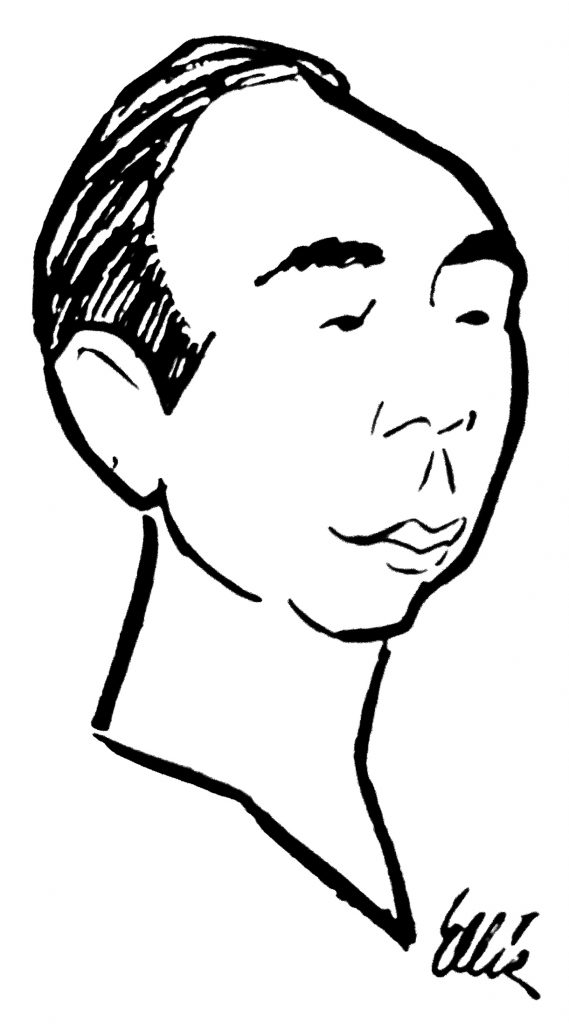 A 1954 caricature by Ellie, used by George Joe in advertising.

George Fong Joe (1907-1981) was born in Canton (now known as Guangdong), China. At fifteen, his family sent him to San Diego to work with relatives. After that, he was hired by Baron Long at the U.S. Grant Hotel. Joe was eager to learn everything he could about the business of hospitality. He worked as a busboy, waiter, and fry cook. During Prohibition, Joe became the resident “house boy” and handyman at the San Diego Press Club. The club was known as “the closest thing to a legal speakeasy the city ever saw,” a home away from dry-home to not only the press but local politicians and police not too keen on the Volstead Act.

Joe worked his way up in the San Diego restaurant community, eventually opening his own place downtown. Bright neon heralded your arrival at George Joe’s Chinese Village. The main dining room had a dark interior with octagonal windows. 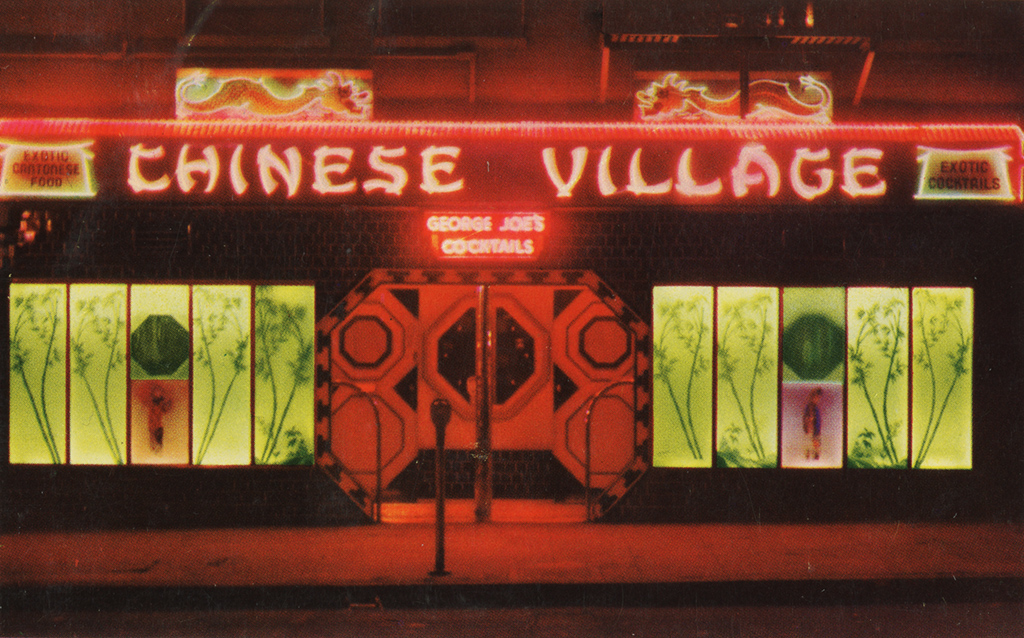 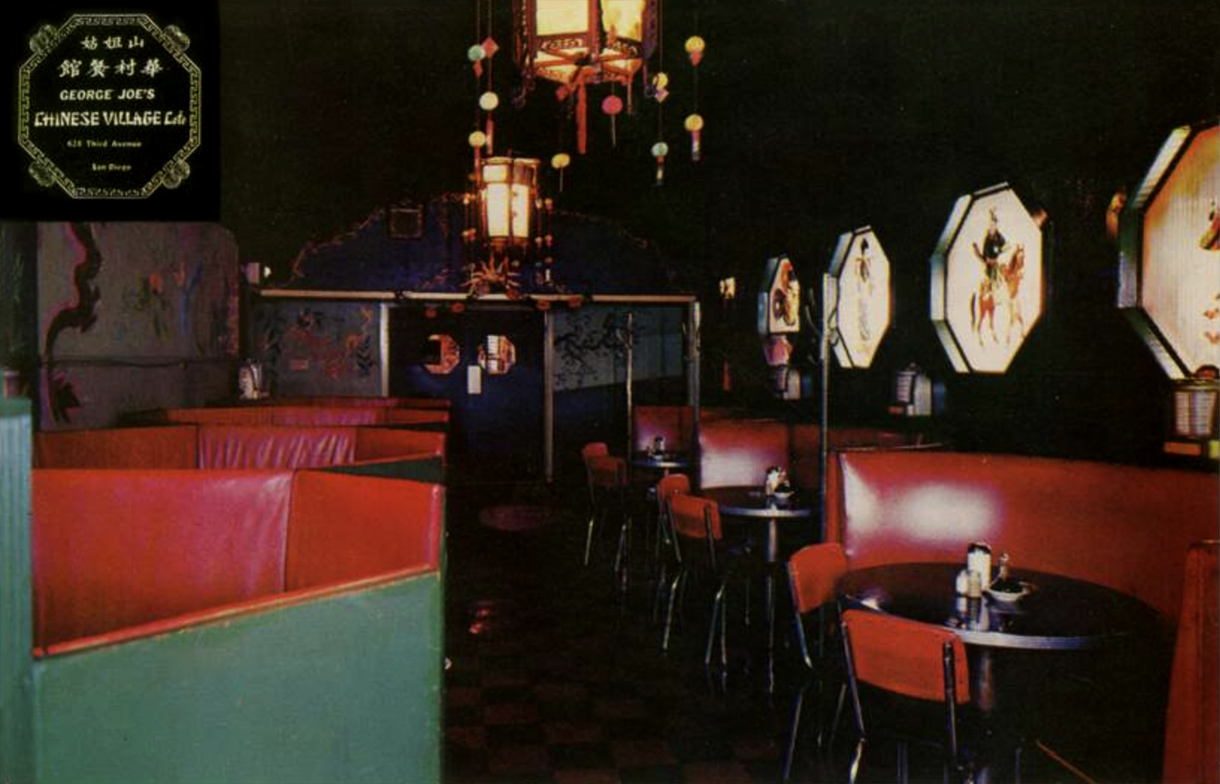 …often with self-deprecating copy that only increased his business. 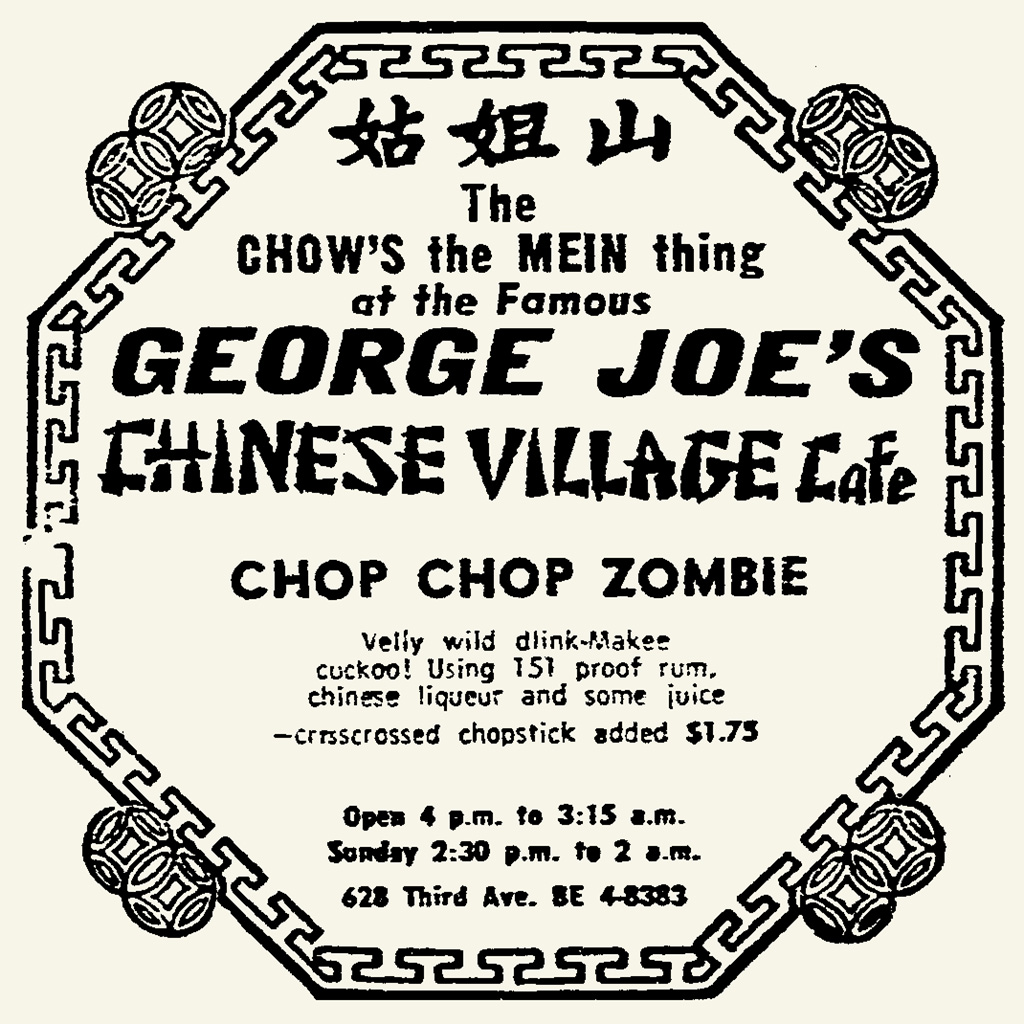 For private parties, you could book the Ping Woo Room. The Mah Jong Room bar was headed up by mixologists Edward “Eddie” Joseph Dennison (1908-1968) and Jimmie Joe. They poured well-known exotic drinks and had a line of their own creations. Dennison was reported to have invented many exotic cocktails including the Sim Sex, FBI Fizz, Widow’s Dream, and The Lost Weekend. 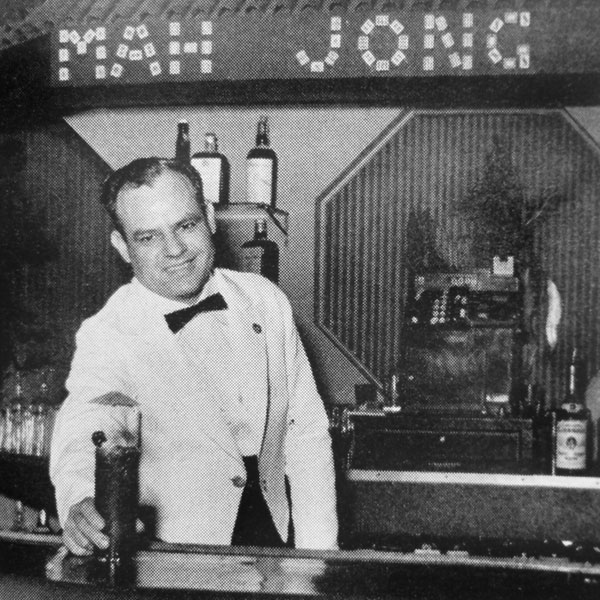 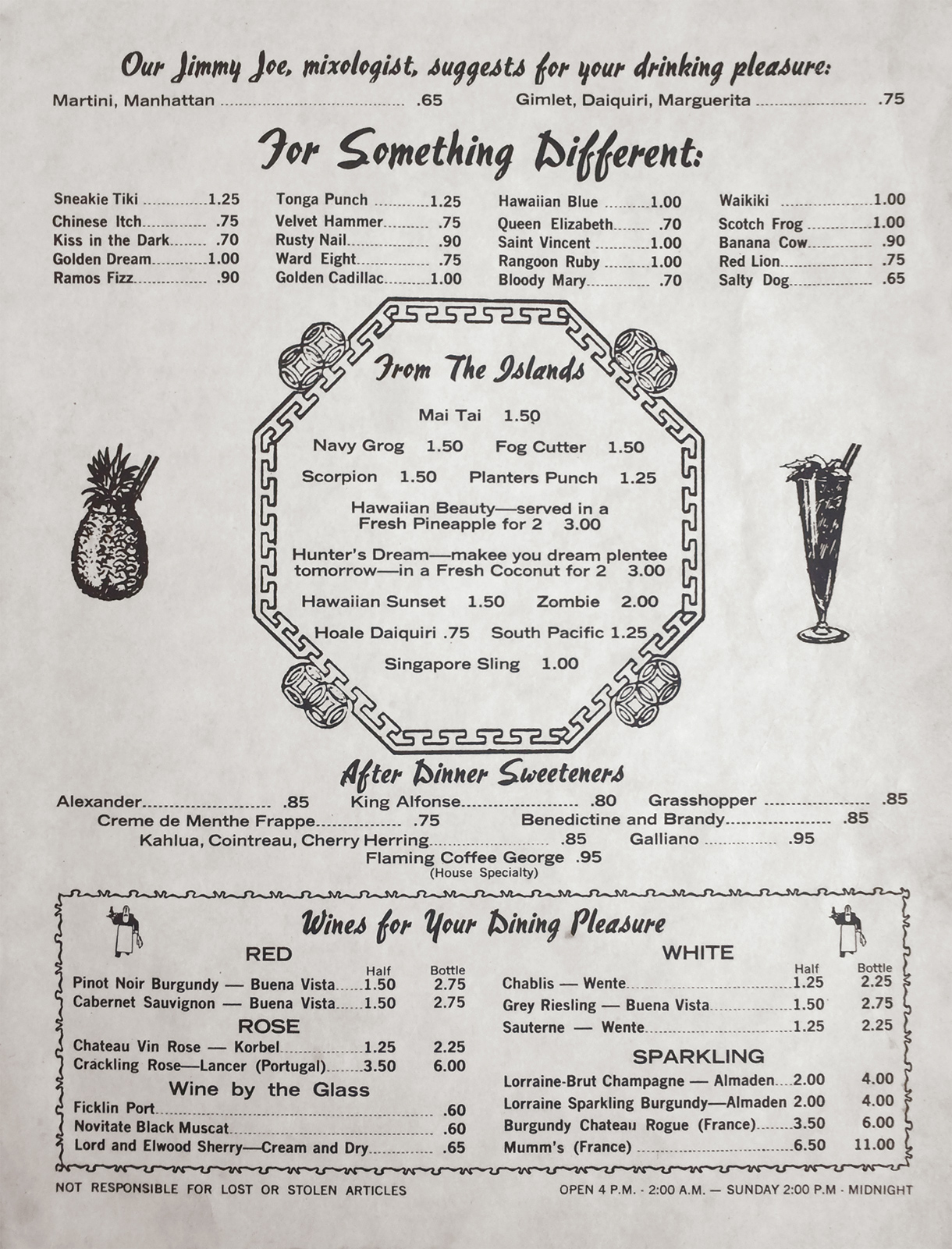 Decreased downtown business due to the development of Mission Valley’s new shopping center and hotels drove Joe to move the restaurant to El Cajon Boulevard, and once again to his largest place in La Mesa.

Its parking lot was so big he hired local kids to run guests to their cars in an old Chinese rickshaw. Everyone ate at George Joe’s. The go-to Chinese restaurant lasted even after his death, well into the 1990s.

To his peers, George Joe was regarded as a chu sheong. To his patrons, he was the “King of Food,” loved by all. 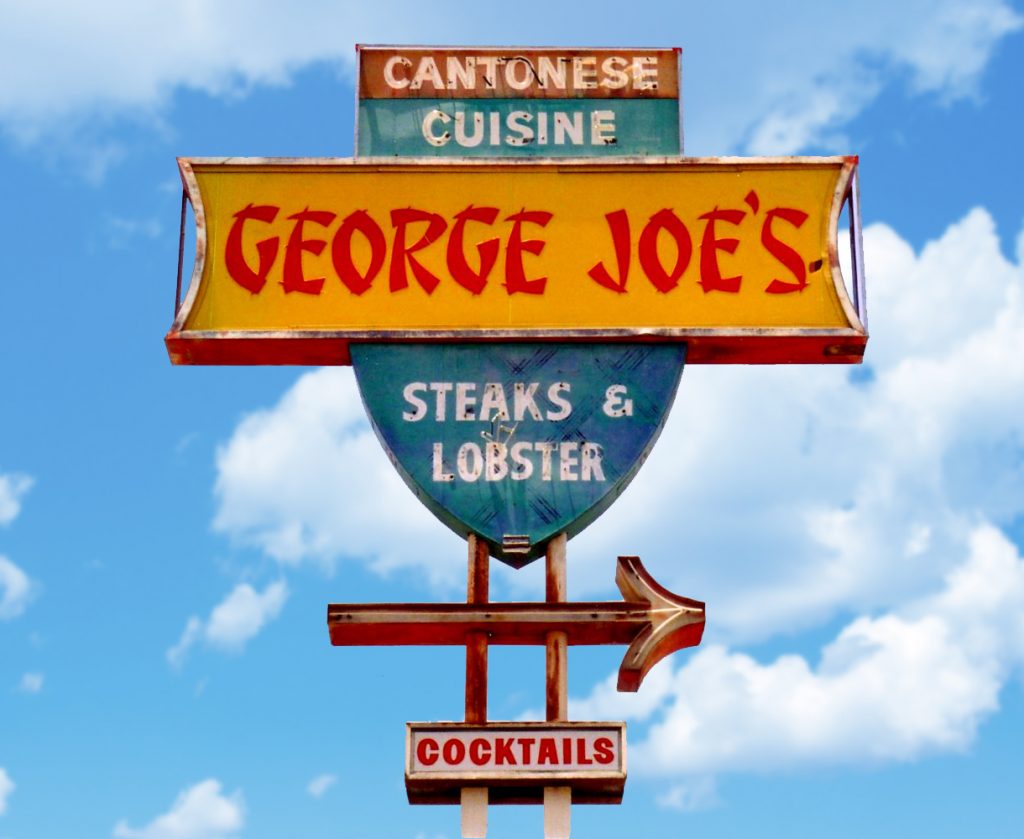 “King of food, loved by all,” reads the epitaph on the tombstone of George Joe (1907-1981), Greenwood Cemetery, San Diego, California.