With recent raging tides of El Niño, ‘sin ship’ S.S. Monte Carlo has once again resurfaced in local San Diego news. The infamous floating casino was one of a fleet that operated just out of national waters off the coast between San Diego and Long Beach, from 1927-1939 – ships named the Lux, Rex, Johanna Smith, Rose Isle and Monte Carlo. 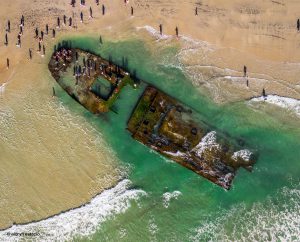 During a storm on Jan 1, 1937, the S.S. Monte Carlo broke loose from her anchors and ran aground on the beaches of Coronado, California, just south of the Hotel del Coronado.

The wreckage was severely damaged by the continuing storm, and its owners claimed nothing.

No point in it anyway, as local law enforcement descended upon the beach and confiscated any gambling paraphernalia they could (as did many locals).

What remains of the Monte Carlo’s concrete hull resides in situ to this day in the very spot she ran aground, only to resurface occasionally when the sands are washed away. 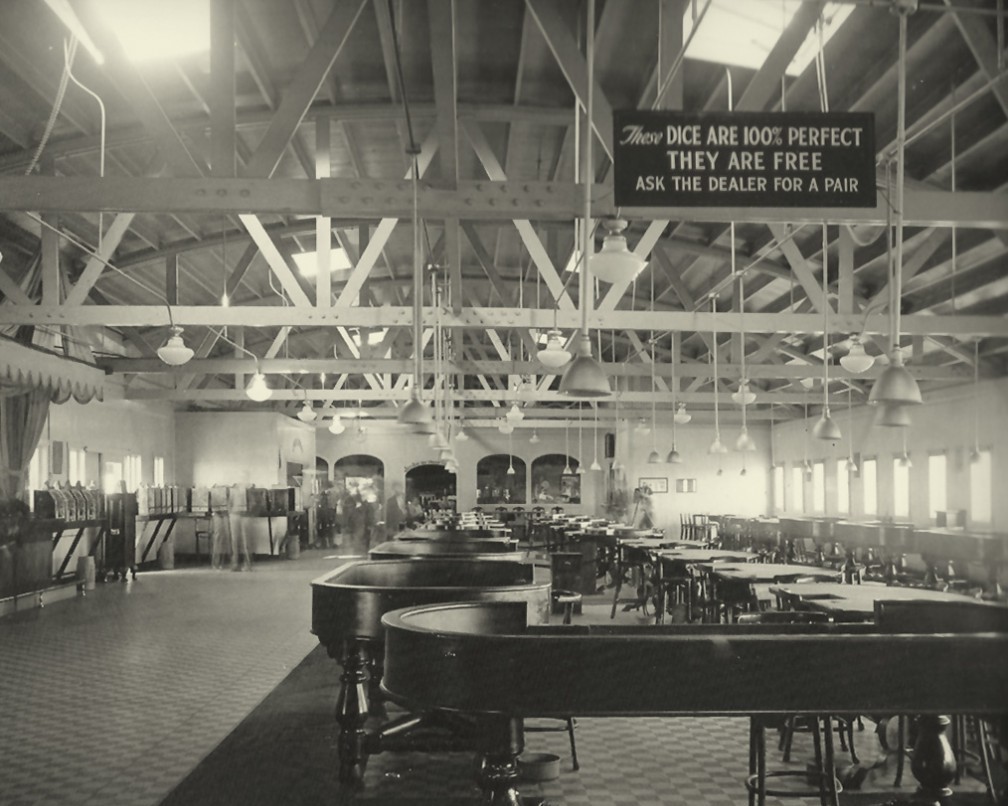 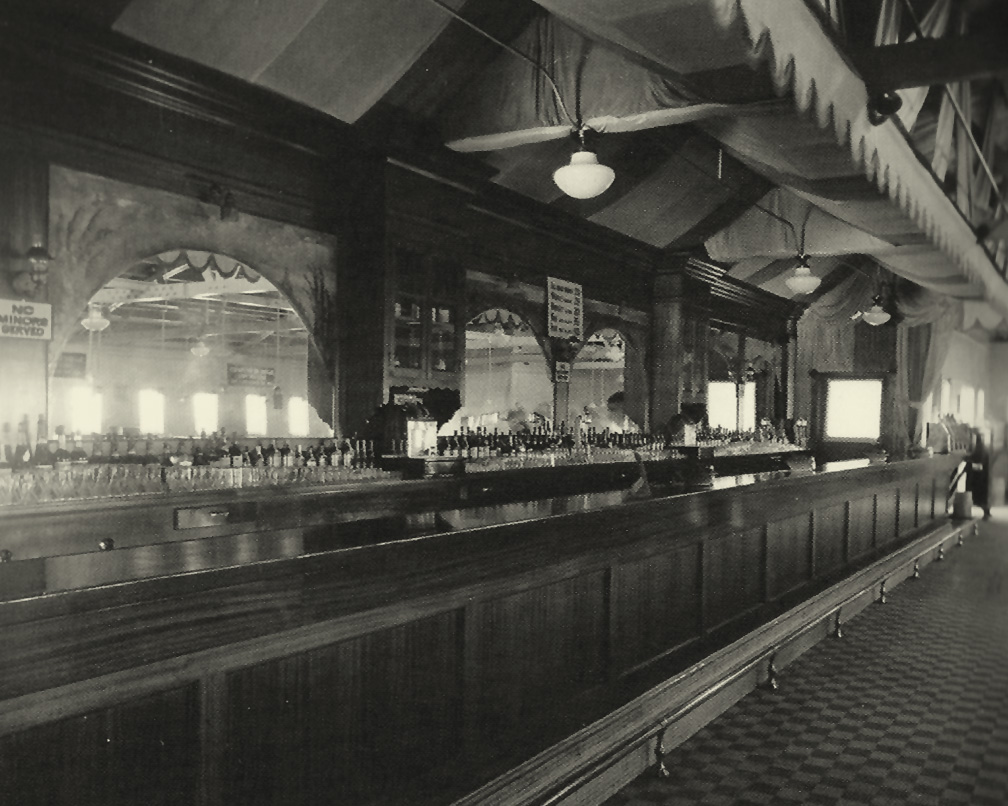 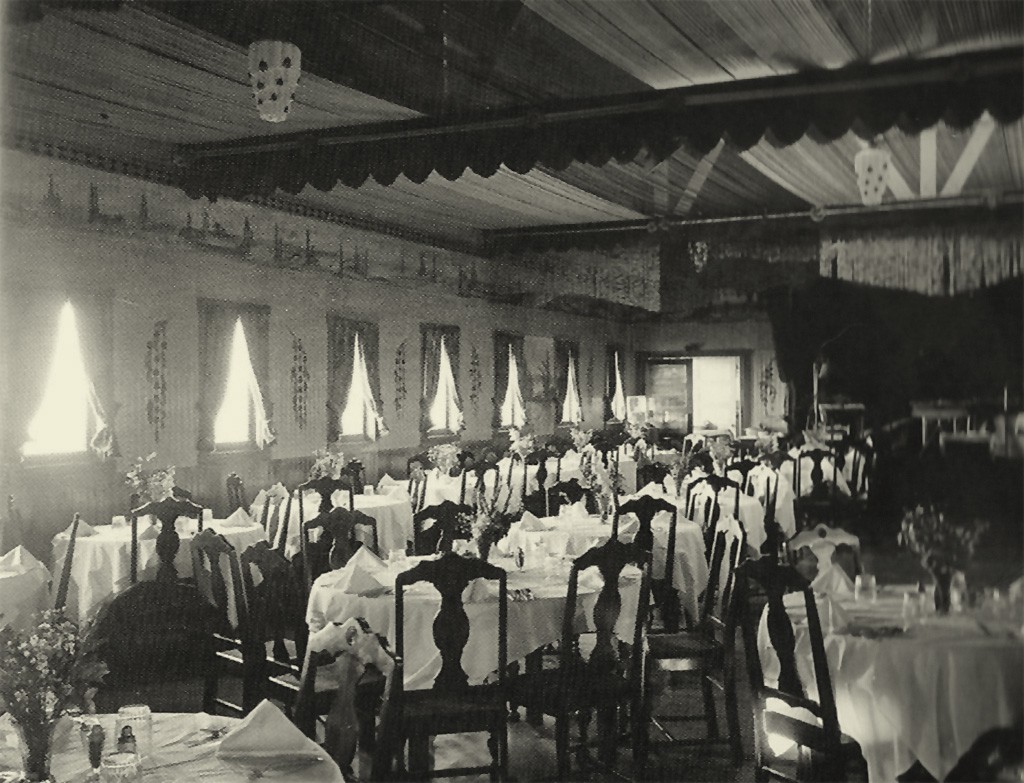 Billed as “the world’s greatest pleasure ship,” Monte Carlo was owned by Ed V. Turner and Marvin Schouweiler. At 300 feet she was the largest gambling ship in the fleet, and her casino boasted dice, blackjack and roulette tables and wheels, chuck-a-luck, Chinese lottery, poker games and slot machines. You could also bet on fights and horse racing, with results broadcast via wireless.

The Monte Carlo operated off the shores of Long Beach, until raided by local law officials who confiscated all her gambling equipment. The owners and arrested employees were acquitted, and their attorneys even got the sheriff to begrudgingly return the gaming equipment. Immediately thereafter, the Monte Carlo related to the south, off San Diego’s shore. Anti-gaming County Sheriff Ernest Dort and District Attorney threatened to arrest anyone who tried to board the S.S. Monte Carlo, until they conceded that their jurisdictions did not cross over the international boundaries.

Just out of reach, she was.

“On a Venetian sea, under tropical skies…”

The kitchen and dining service was run by chefs Alec Eggars and Walt Lower, who ran that of Agua Caliente in Tijuana before it was shut down by the Cardenas government. Nightly entertainment, dancing, music hosted by Pierre White from the Foreign Club, burlesque fan dancer Jean Fay and floor shows were offered. All hosted by youthful, model-esque ‘Lady Luck’ and her companion, ‘King Carnival.’

It is estimated that at the height of its popularity, the ship brought in $3 million a year. 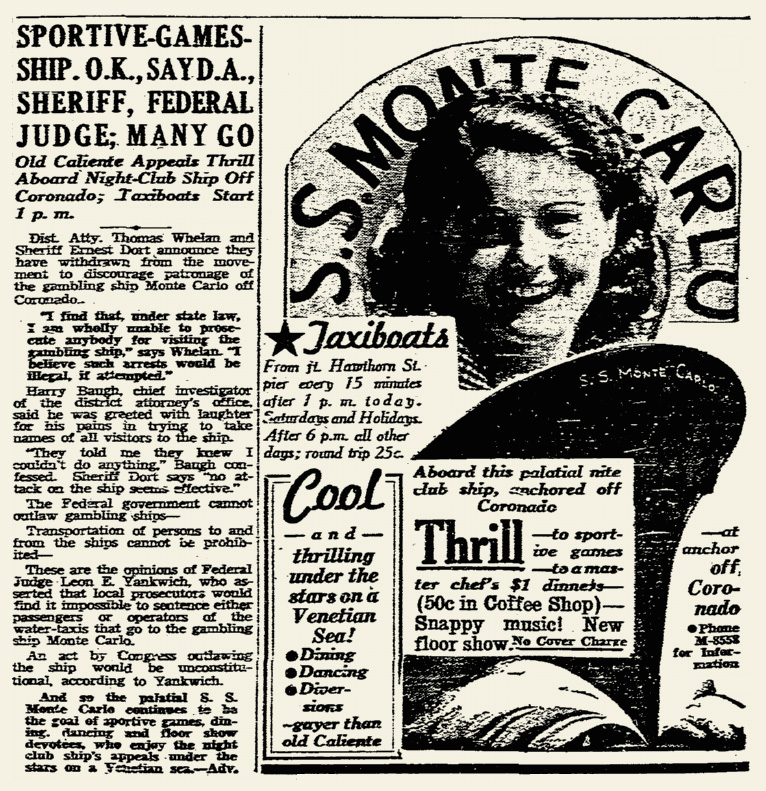 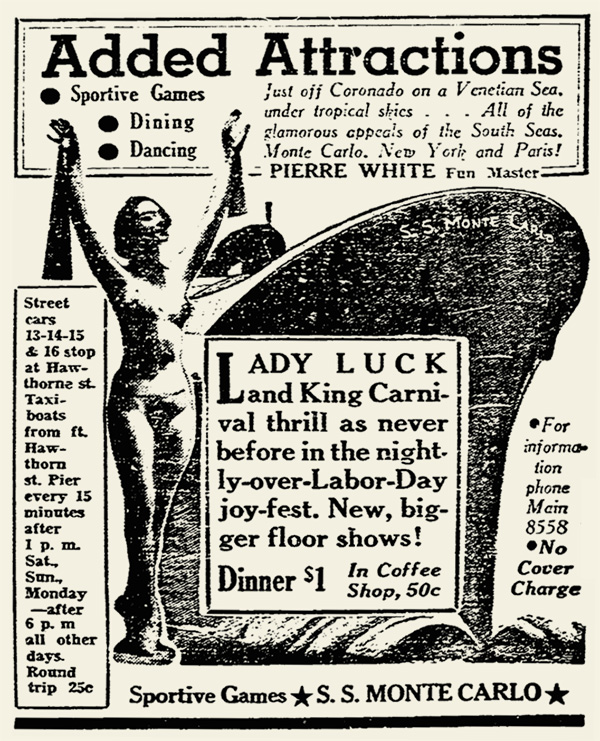