An older, wiser Riki Tiki can still be found poolside next to the Regency Tower at Town and Country.

The Tiki Hut (aka Tiki Pavilion, Tiki Room) was an event space built on the grounds of Charles H. Brown’s Town and Country Hotel in Mission Valley, San Diego. The octagonal shake-covered building was designed by Hendrick and Mock (Islands Restaurant, Hanalei Hotel) as part of a 1962 expansion project that brought 80 more rooms to the hotel complex. A large carving named “Riki Tiki” topped the pavilion (in the style of Dale McGowan’s Mainlander restaurant in St Louis).

On special occasions, Tiki torch flames or fireworks would be set off from his head. Riki caught fire a couple of times even though he was protected from the flames via a sheetmetal dulì (Chinese farmer’s hat).

San Diego Fire Department officials soon put a stop to that, and Riki Tiki was relocated to good ol’ terra firma. The Tiki Hut was demolished in 2019 as part of Town and Country’s expansion. Riki Tiki was moved to a poolside spot near the Regency Tower.

The Polynesian Room was a large event space in the Town and Country Hotel’s attached convention center addition. 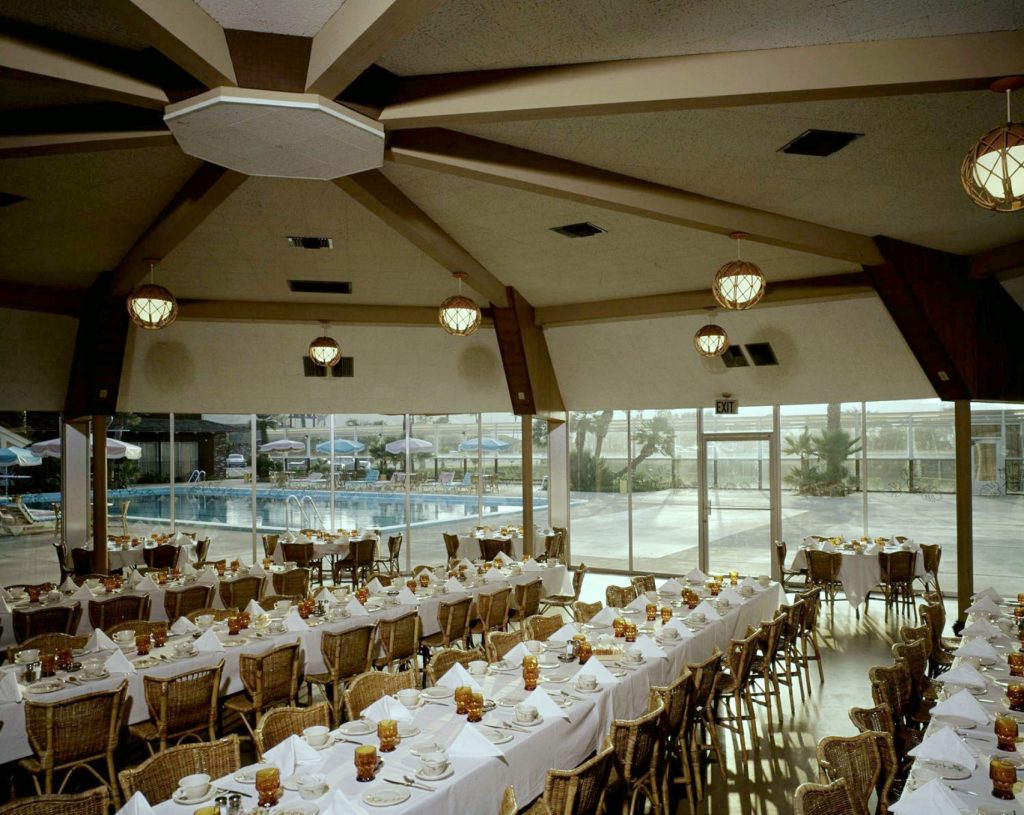 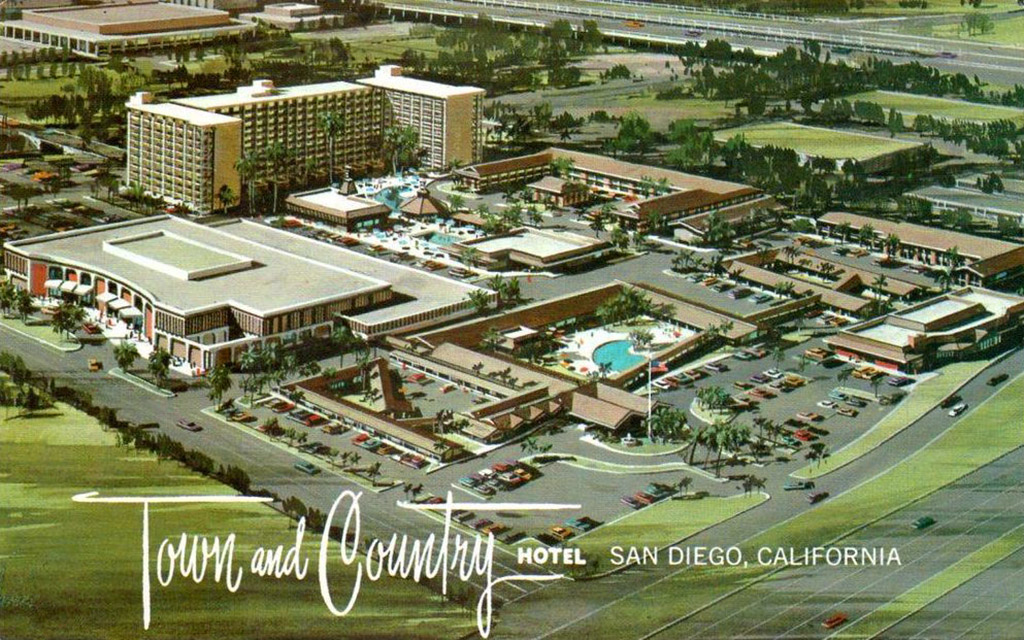 Above: Charles H. Brown’s Town and Country Hotel after a conference center and additional tower were added. In the center you can find the Tiki Pavilion. 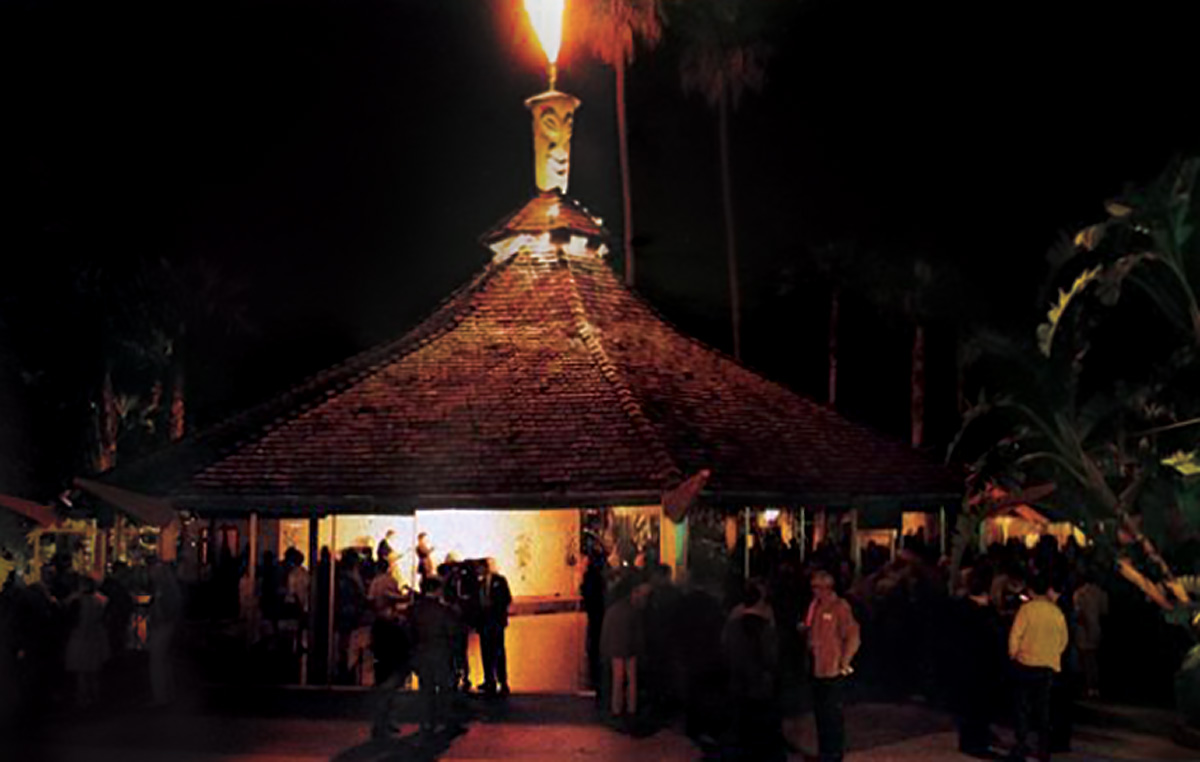 Riki Tiki blows his top at night while art-opening attendees look on.

One thought on “Tiki Hut, Town and Country Hotel”