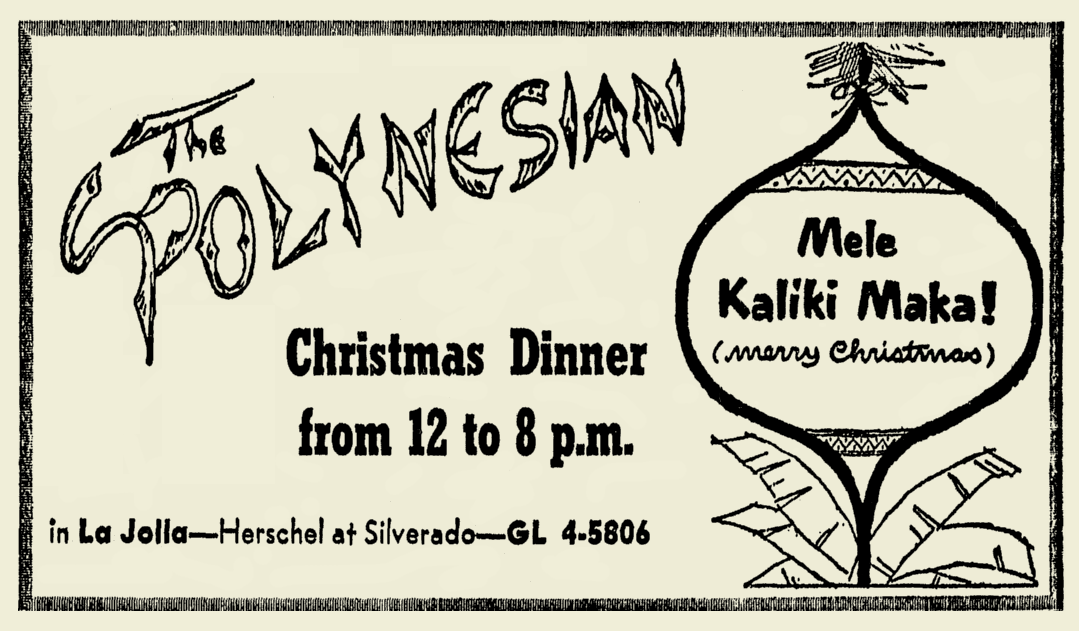 The Polynesian tiki restaurant and bar was established by Edward N. Martinez, ex-chef of The Hut, ‘long noted for his intriguing Polynesian dishes that once were served at the Royal Hawaiian and The Tropics.’

‘Eddy’ Martinez started The Polynesian with a shoestring budget in a house in La Jolla, after The Hut was reorganized with new management and kitchen staff. His restaurant was located just two blocks south of La Valencia Hotel on Herschel Avenue. Its wooden signs had lettering made of rope, his logo was hand-drawn, and imagery for his ads was liberally borrowed from those of The Hut.

Beside its tropical drinks, Cantonese food, charcoal broiled and teriyaki steaks, The Polynesian was known for George, a ‘great, tropical macaw, who has a cheery hello for every new arrival.’

Martinez sold the restaurant in 1956, and chef Mickey Chung ran the kitchen from about 1960. It remained in business until the mid 1970s, when Southern California National Bank developed the block. The location is now a parking lot. 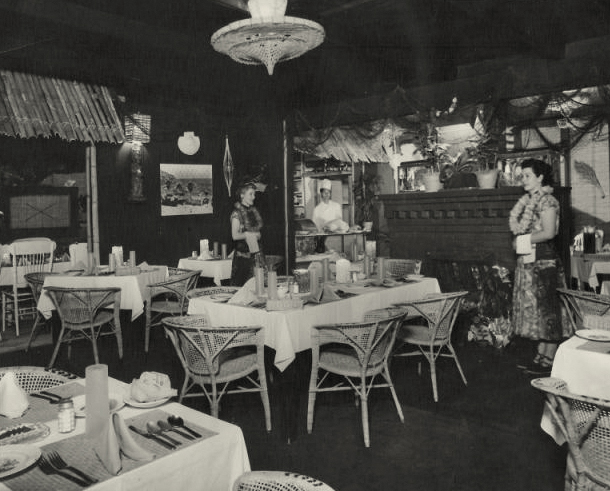 One thought on “The Polynesian”