‘Watch for announcement of arrival,’ went their grand opening ad, ‘of chef Dallis, direct from Europe — famous for his dishes enjoyed by Royalty and other world dignitaries — at your service, SOON!’ 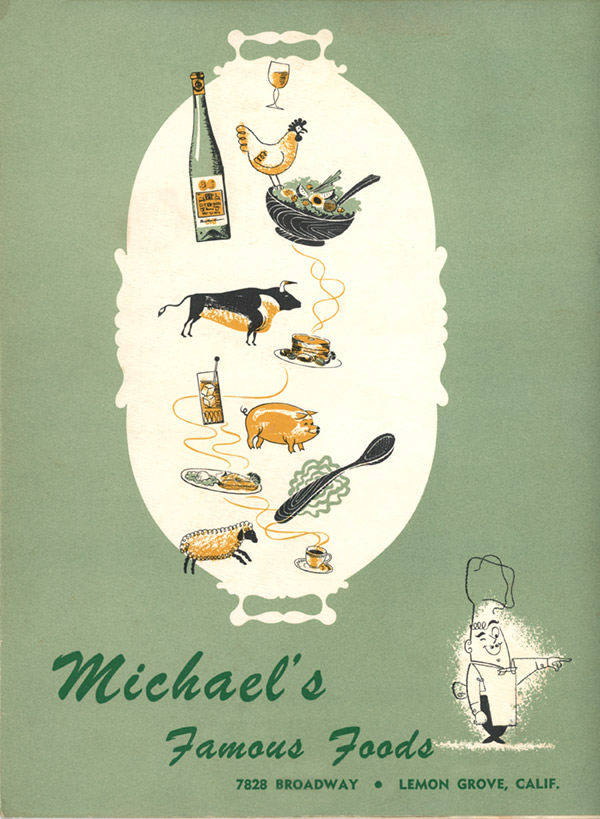 Michael’s Famous Foods
After several years the business was bought by Estelle and Henry Goldy, who owned Michael’s Famous Foods in Lemon Grove, named for their son Michael Goldy. This new second location of Michael’s provided dancing, entertainment, and their Fiesta Special, an assorted Mexican dinner plate at ‘95¢ complete.’

The couple were members of the Yo-Ma-Co Club, ‘Young Married Couples,’ and Henry was a Shriner, well-known in the meat business. He became a restaurateur and bar owner for years, most conspicuously as the namesake (and silent partner with his son Michael Goldy) for Henry’s Pub at San Diego State University’s food concession, Monty’s Den. In 1978, Henry’s Pub was the first place to serve beer on campus. [Ed. note: I remember it well!] 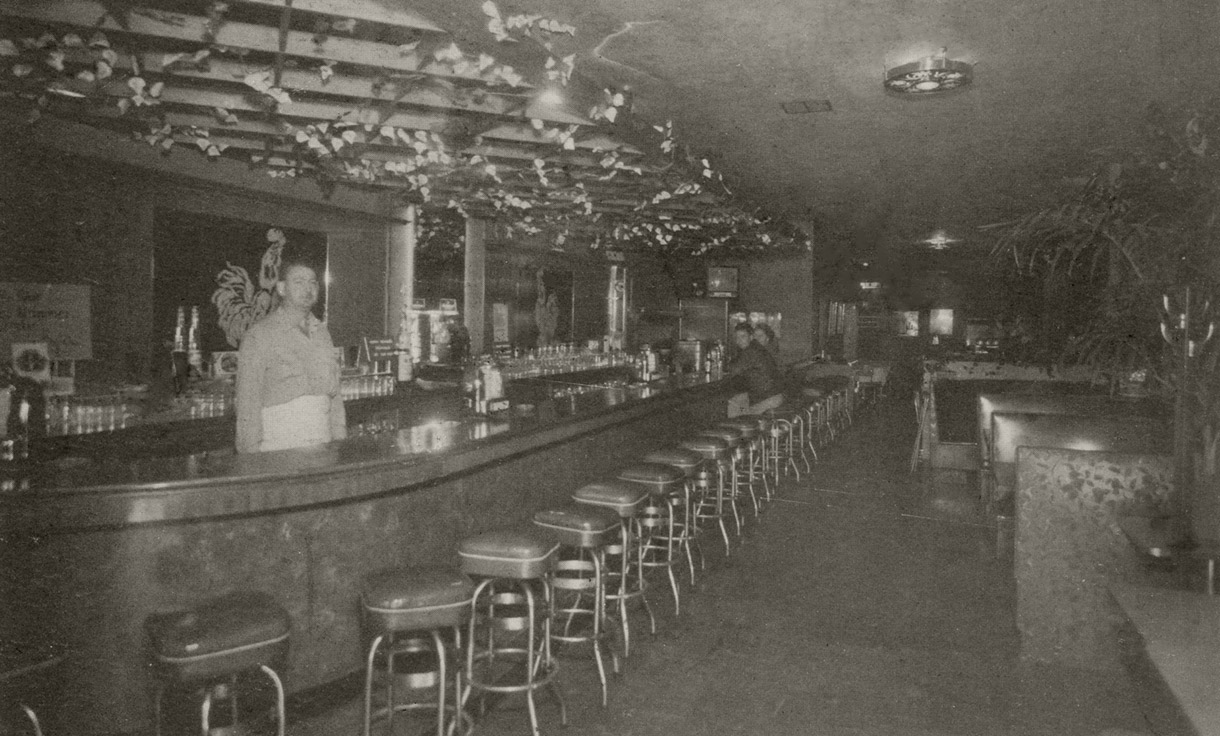 The Chula Vista building was briefly leased to Charles Shaffer, until its owners, the Parianos and Xalis took over as Pariano’s once more.

Sea Horse Inn
The Sea Horse Inn started innocuously enough in 1965 as Frank Balistrieri and Carl Passiglia’s seafood restaurant serving women’s group luncheons in its Dolphin Room, until it was gutted by a fire.

At first, her shows were at capacity. One female reporter noted that audiences, mostly male, vocally enjoyed Lucky’s shows. Those that brought their wives, not so much. Some women in the audience turned their backs to the performer.

From the onset, it provoked much controversy within the community, causing an outraged local Christian pastor to public denounce the practice and the dancer. The pastie-clad Lucky responded by reminding him that everything had been approved by Chula Vista Vice, that she ran a clean, tasteful, artistic show, and invited him to a luncheon performance.

Business tapered off, and the neighborhood settled down when the Fraternal Order of Eagles bought the place in 1969.