The Mai-Kai that almost was… 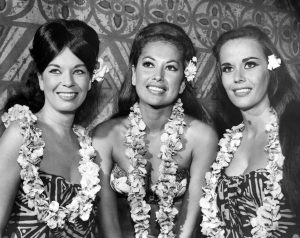 In 1959, after Jack and Robert L. Thornton created a Polynesian hit in Fort Lauderdale, Florida with their Mai-Kai Restaurant, they bought six acres in San Diego’s booming Mission Valley resort area for another. The 400-seat San Diego Mai-Kai was to be similarly designed as that in Florida.

Across the road in what were once meandering cow pastures, the May Company built their ultra-modern shopping center, and down the San Diego River a mile or so was the new Hanalei Hotel.

After five years of attempting to re-zone their property just west of Bowlero Lanes (now, the Scottish Rite Center), Reed Thornton gave up and sold to Chrysler Corporation — for a profit of $100,000.

Not that long ago, there was still a Hummer dealership on the property.

Can you imagine if San Diego had its own Mai-Kai Restaurant since the 1960s?