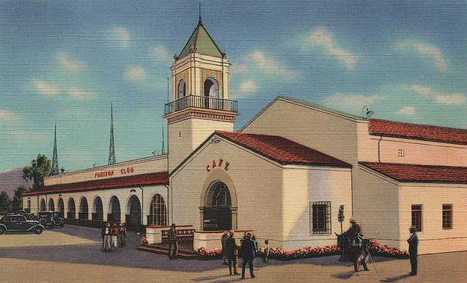 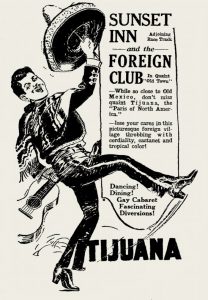 The Foreign Club (1917-1936), was Tijuana’s most popular casino and nightclub for many years until eclipsed by the grandeur of Agua Caliente. The compound was located on the corner of “Third and Main,” as American touristas referred to the streets back then [now, Tercera and Avenida Revolución], catty-corner from Mexicali Beer’s La Ballena bar and Alex and Paul’s Place/Original Caesar’s Place in the Hotel Comercial. 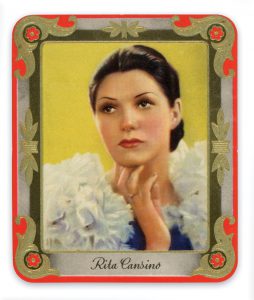 The Foreign Club Cafe de Luxe was the place to dine and dance after a heavy night of gambling — cards, roulette, slots. Full meals were $1 to $1.50. A la carte you could get filet mignon with mushroom sauce for one dollar. Caviar, seventy-five cents. Breakfast served all day – their rhum omelette was a pricey one dollar. As for native Mexican food, they offered homemade chicken tamales, stuffed peppers or turkey enchiladas, two for fifty cents. Local wines Blanco Brillante, Rioja Clarete, Rioja de Mesa Cenicero and Santo Tomas were one dollar a bottle. The Foreign Club catered exclusively to affluent Anglo-American customers who’d come down to ‘do Tijuana.’ Few Mexicanos were employed there, and blacks were not allowed admittance.

Entertainment, of course, was provided — orchestras, floorshows and dancing. In 1932-33 the pre-eminent dancers to perform at The Foreign Club were Spaniard Eduardo Cansino and daughter Margarita. At the time Cansino, his Irish wife Volga and their children lived in Chula Vista, as many who work in Tijuana do to this day.

Mexican President Cardenas’ ban on gambling effectively shut down entire resorts like the Foreign Club and Agua Caliente casinos. The Mexican government took possession, converting Agua Caliente into a girls’ school. The Foreign Club burned down in 1935. A more modern Foreign Club Hotel went up in its place later, and now TJ Pharmacy and other shops grace the corner. 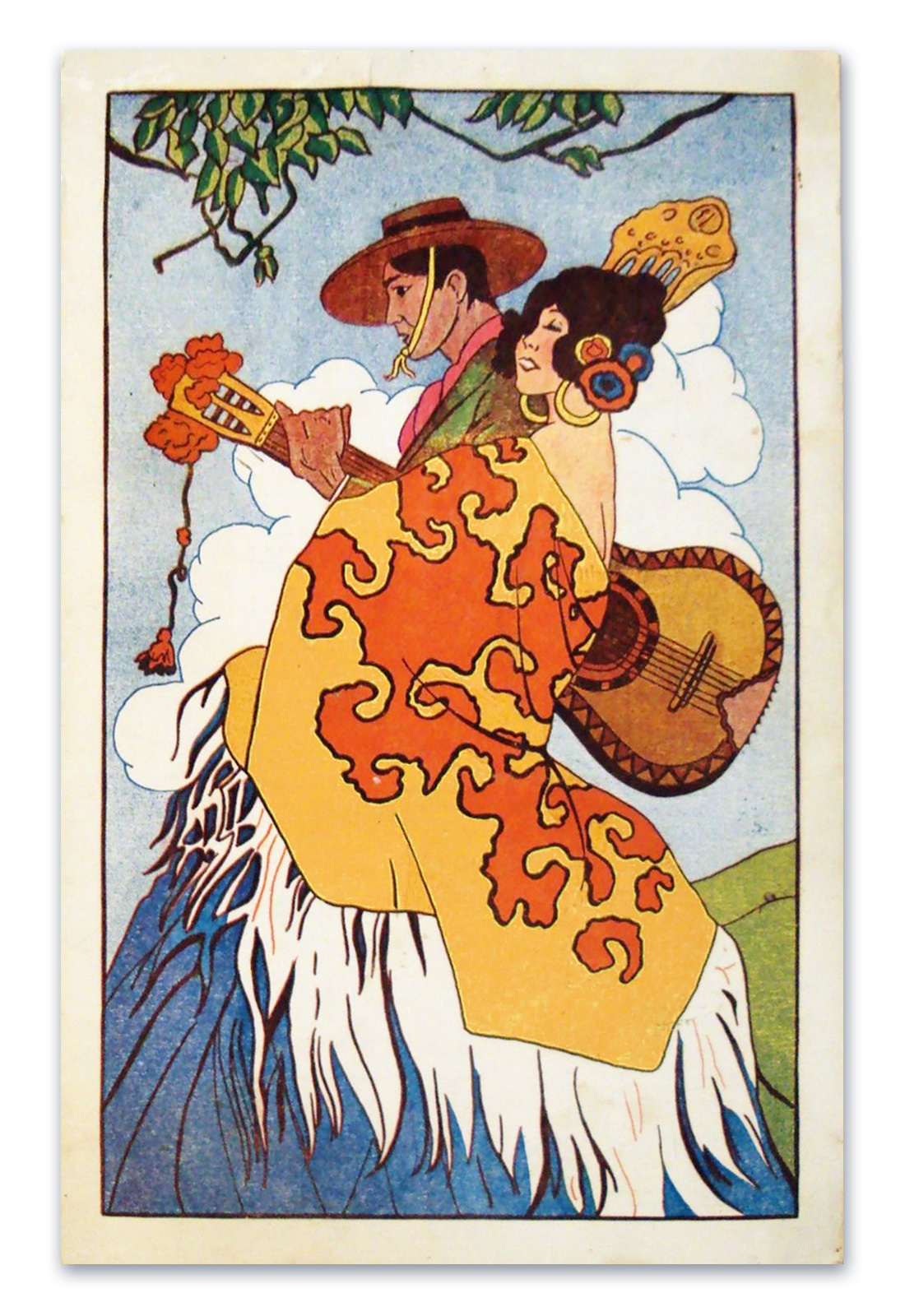 Above and below, menu from the Foreign Club, Tijuana, 1935. 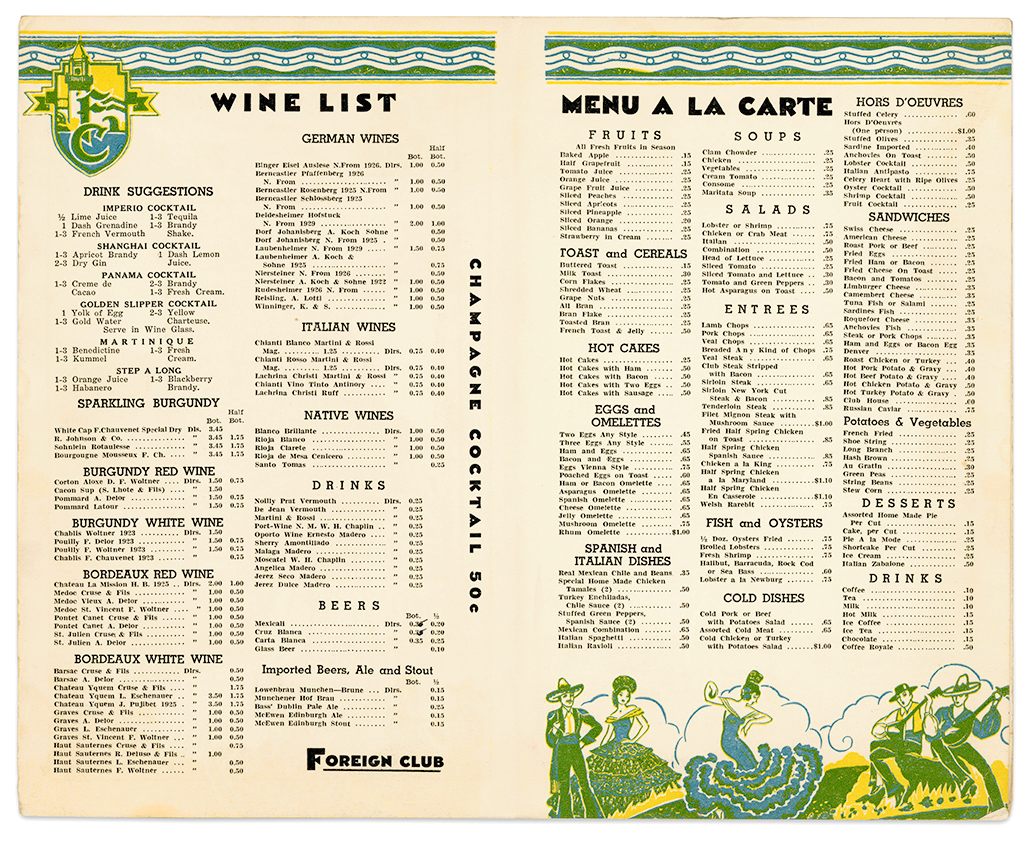 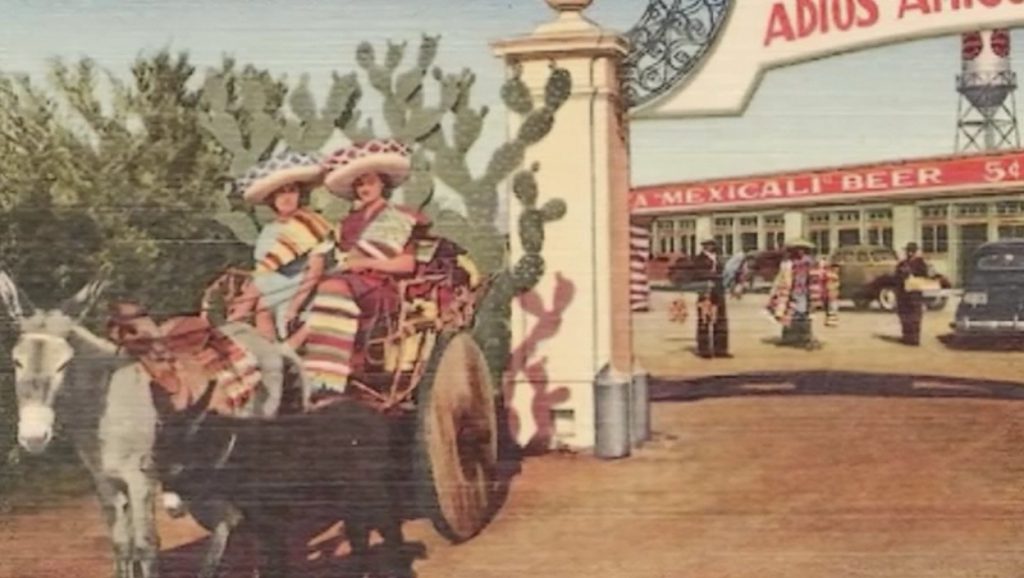 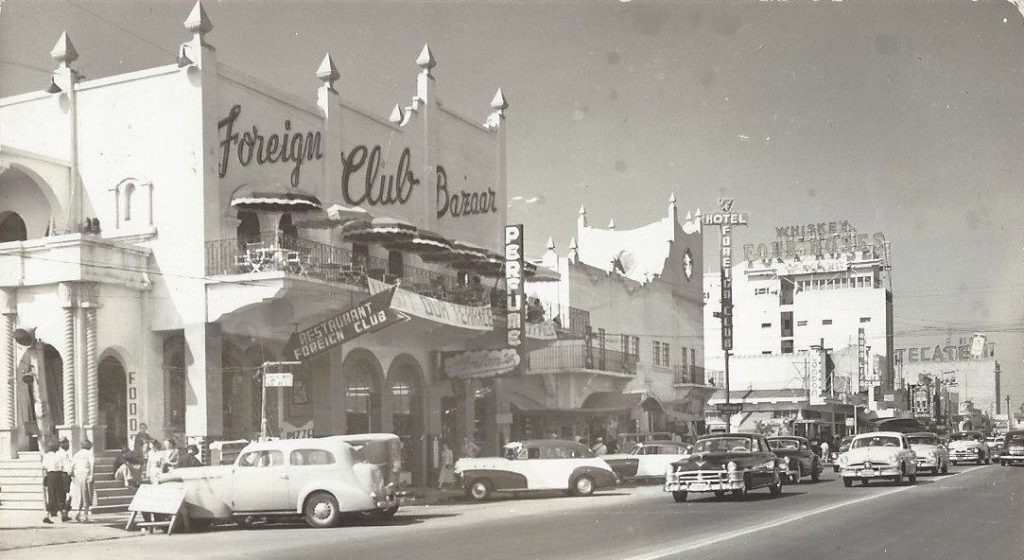 By 1950, the corner had dramatically changed.

“the pre-eminent dancers” is from Barbara Leaming, If this was happiness: A biography of Rita Hayworth, New York, New York: Viking, 1989. Leaming’s bio portrays the teenage Rita as an emotionally-scarred child, prone to depression, due to the sexual abuse and violence of her father.