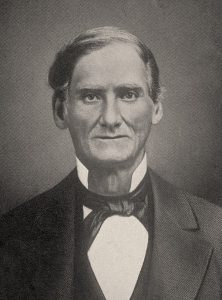 Peruvian-born Juan Bandini, was one of the first to regularly entertain traveling guests in his own home in San Diego when it was still controlled by Spain. For his family’s service to Spain, he was granted Rancho Tecate, then later Rancho Jurupa. Bandini’s large adobe house became the social center of San Diego and visitors always paid their respects to Don Juan. Bandini often hosted fandangos, sometimes very elaborate and lasting for days.

He had a slight and elegant figure, moved gracefully, danced and waltzed beautifully, spoke the best of Castilian, with a pleasant and refined voice and accent, and had throughout the bearing of a man of high birth and figure.

It has been said that single dinners set Juan Bandini back as much as a thousand dollars. His sometimes extravagant lifestyle and hospitality ultimately led to financial troubles, requiring his children to ‘bail him out’ in later years.

A second story was added to the adobe home by Albert Lewis Seeley, and the building became the Cosmopolitan Hotel (1869). 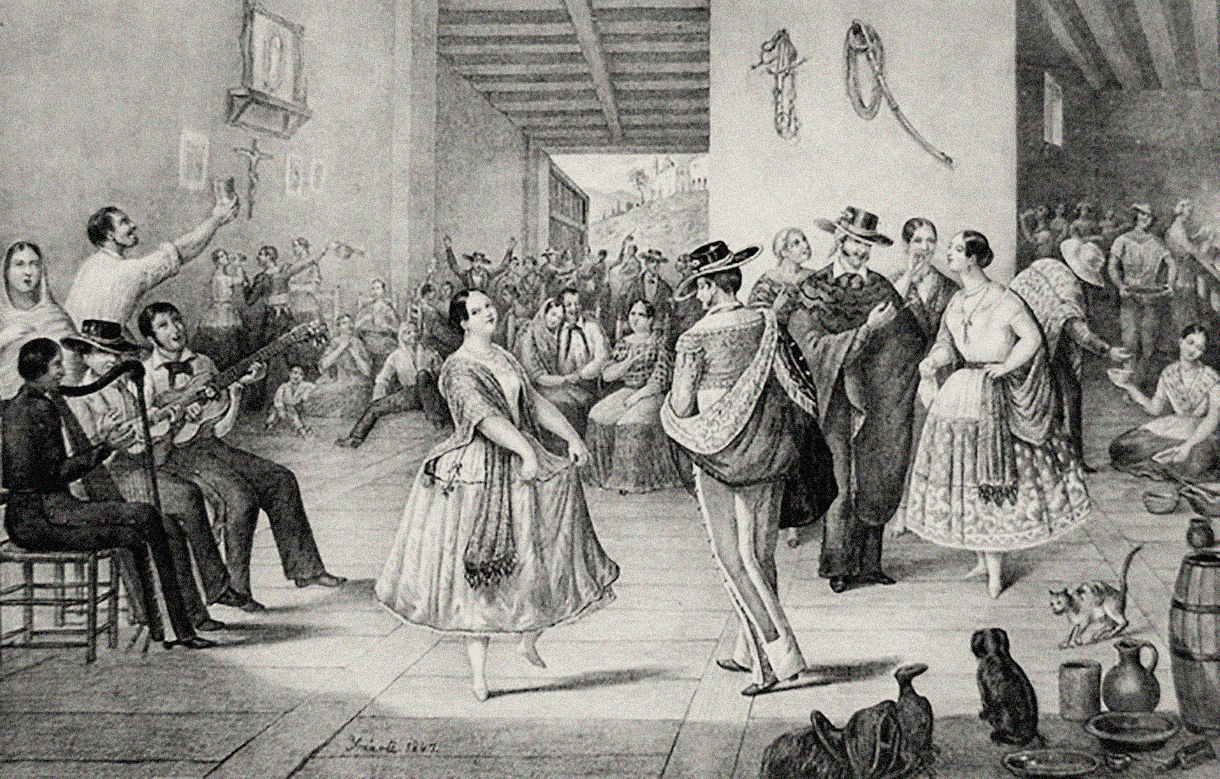 Said to be the first photo taken of Old Town, San Diego, 1858. The San Diego River can be seen just beyond, and routinely flooded the town before it was diverted by Lt George Derby of the US Army Corps of Engineers.

It lasted on the spot until 2005 when the California State Parks revoked her concessions in a bid to rebrand Old Town as a ‘more authentic’ 1870s California Old West destination. More along the lines of the historically immersive experience of Colonial Williamsburg in Virginia. It was part of the larger state-wide Old Towns Initiative to unify California’s old towns — their 25-year plan removed much of the lush foliage, gardens and flowers throughout the park and replaced them with dirt and dust. Think Westworld, with tacos.

The Bandini house in Old Town was renovated back to its American period. Traditional mariachis and margaritas around the fountain were eighty-sixed. A green cactus Midori margarita was offered, but historic? Revisions to the old menu included organic chicken breast with fava beans, ceviche and tres leches cake. Bad moves — within one year income was down 66 percent.

Good news for Powers — she retained the business names and relocated Bazaar del Mundo to nearby its original location in Old Town, Casa de Pico to La Mesa, and Casa de Bandini to Carlsbad (2009).

“Painters were brought in to change the color scheme and hand-paint the wall borders, landscapers were hired to create a tropical garden in the restaurant’s outdoor patio area, and all of the restaurant’s original furnishings (which were in storage) have been installed, including the original stained-glass doors, antiques, folk art, chandeliers, an early 1900s cabinet for the bar, and a large outdoor Mexican fountain. New features include a hand-hammered copper hood in the tortilleria (where tortillas are made by hand all day, every day), hand-painted talavera tiles for the floors and wall accents, and Zapotec upholstery fabrics hand-woven and dyed in Oaxaca…” 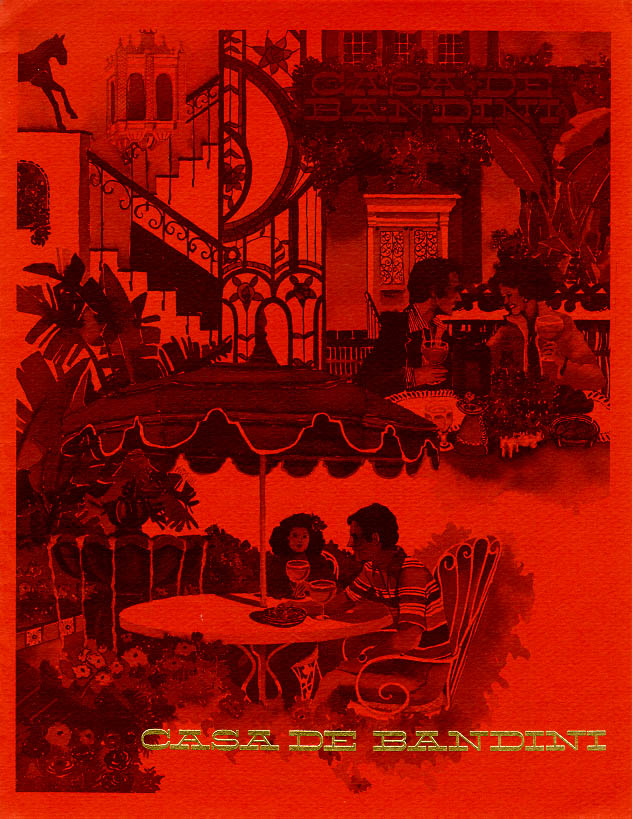 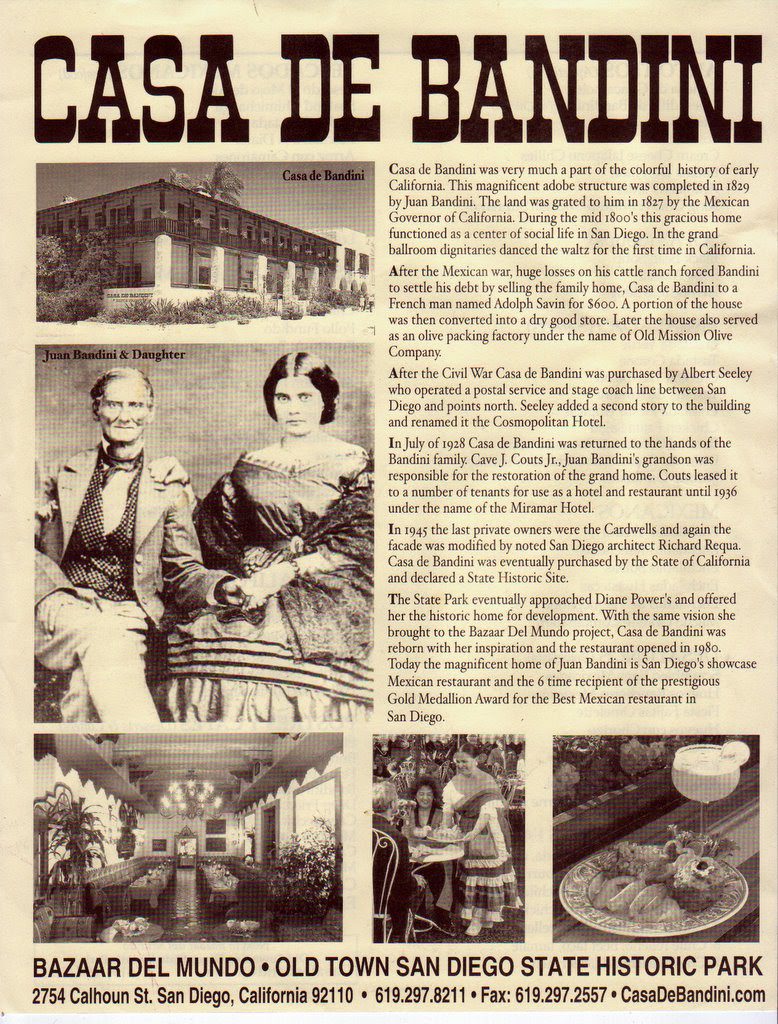 The Old Town location now operates as the Cosmopolitan Hotel under new concessionaires. Its restaurant serves mostly American foods, with some Mexican dishes. 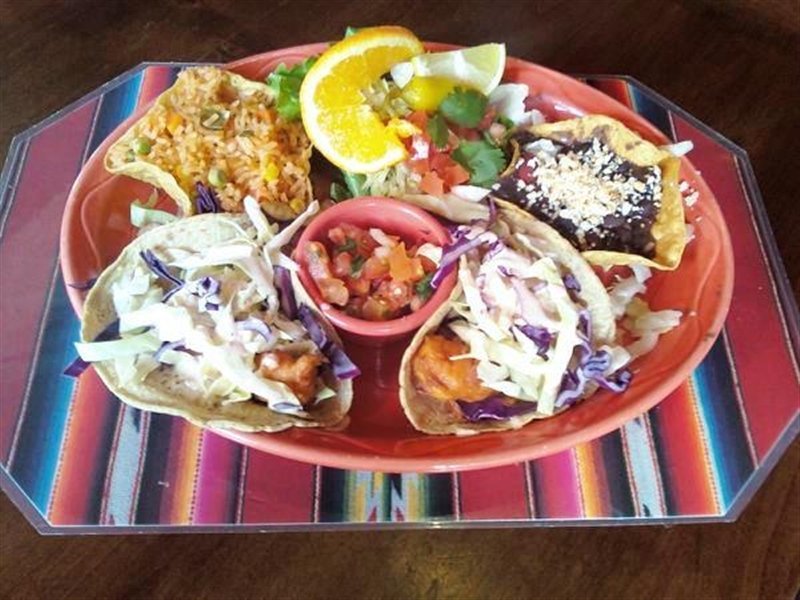 “were eighty-sixed” is restaurant kitchen slang for being fired, or for an item no longer available on the menu.