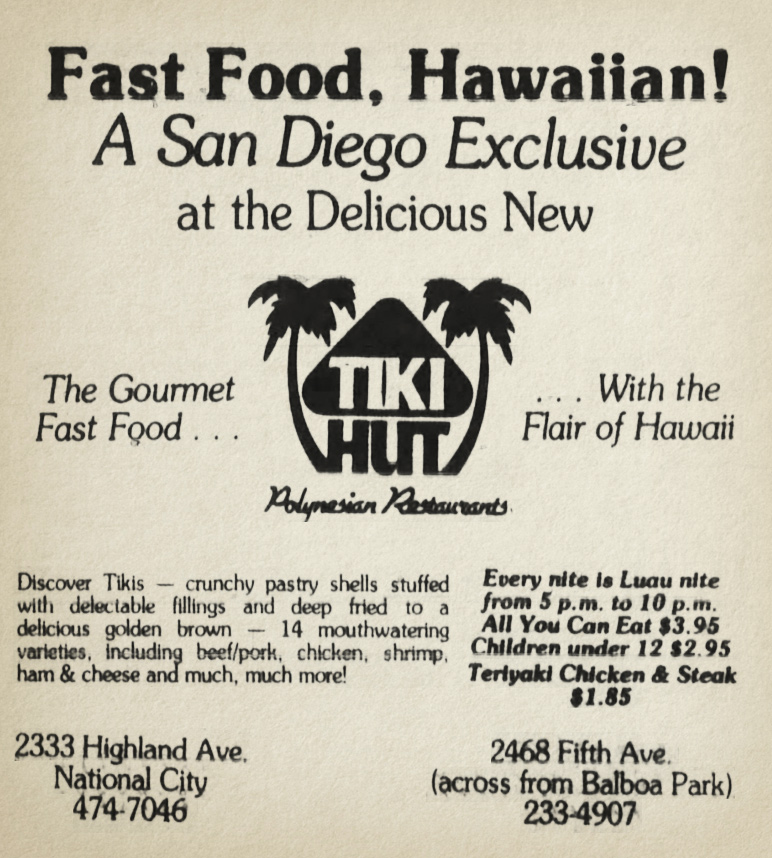 “America’s First Polynesian Fast Food!”
The first location opened up with much fanfare at the corner of Laurel Street and Fifth Avenue near Balboa Park (now where Corner Draft House resides). On opening day, they staged a parade with Polynesian dancers and drums through Balboa Park, down Laurel Street to the restaurant. The Tiki Hut ‘army’ was to liberate San Diego from fast food ‘hamburger-ennui.’

After purchasing a failing Popeye’s Chicken franchise in National City, Purvin and a group of investors reopened it as their second location in March 1981. In a nod to the Baskin-Robbins organization, manager Jim Breckenridge called their franchise the ‘31 Flavors of Won Tons.’