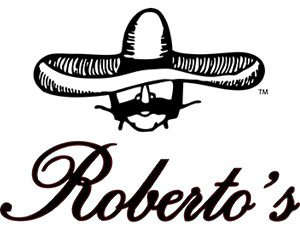 (1964-✔) Roberto’s Taco Shops, starting out with a tortilleria and cafe in San Ysidro (Tortilleria San Ysidro, La Fonda Cafe), Roberto Robledo (1928-1999), his wife Dolores and thirteen children grew their family tree of ubiquitous taco shops to over 70 in the Southwest (not including all the *berto’s variations). It is thought of by some to be the first modern taco shop in San Diego. 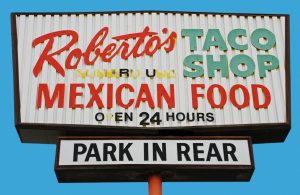 Robledo was born in Santo Domingo, San Luis Potosí, Mexico, and came to the US as a laborer. He believed in hard work. Before Roberto’s, the Robledos opened their first restaurant La Lomita Taco Shop (1970), a shop in Golden Hill run by Dolores that served small bean burritos called ‘Poor Boys’ for 10 cents each. A Starbuck’s is on the corner of 28th and B Streets now.

The next year they took over Jesse and Esther Viramonte’s restaurant at 4920 University Avenue. It was still known as Jesse’s Restaurant until Robledo renamed it Roberto’s Place. 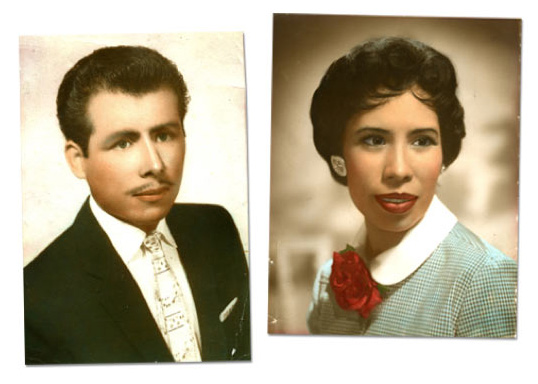