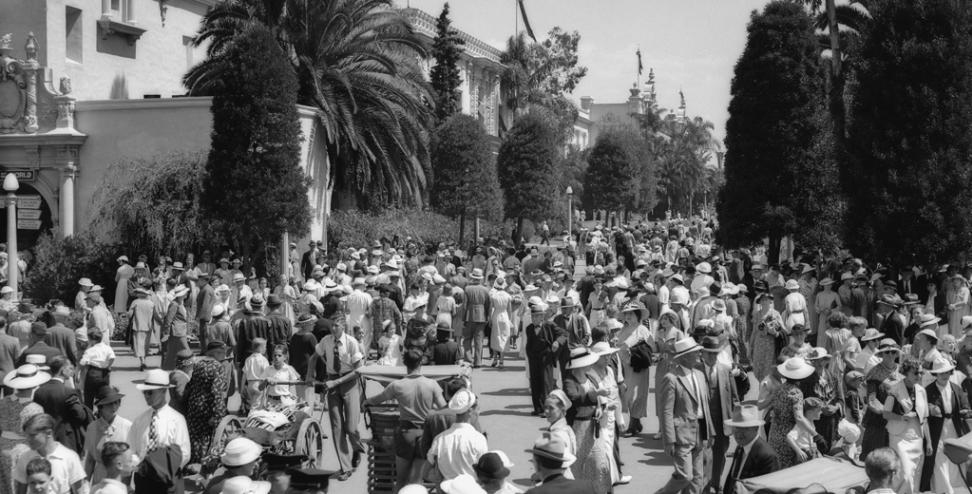 El Prado is a designated historic district in Balboa Park in San Diego, California. The large complex includes 13 contributing buildings and one contributing structure, all built around ‘El Prado,’ a rambla (promenade, pedestrian mall). Most were built as temporary structures for San Diego’s Panama-California Exposition of 1915–16, and were refurbished and re-used for the California Pacific International Exposition of 1935–36.

The original architects were Bertram Goodhue and Carleton Winslow, who mixed Spanish Baroque and Mission Revival styles into their own, unique architectural style for Balboa Park. They broke ground on the construction in July 1911.

The area was designated a San Diego Historical Landmark in 1967, and listed on the National Register of Historic Places in 1976. 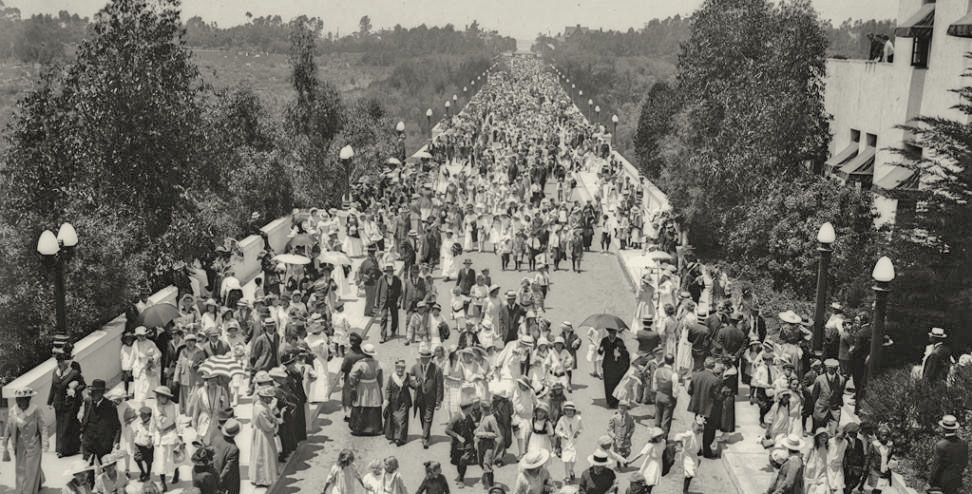