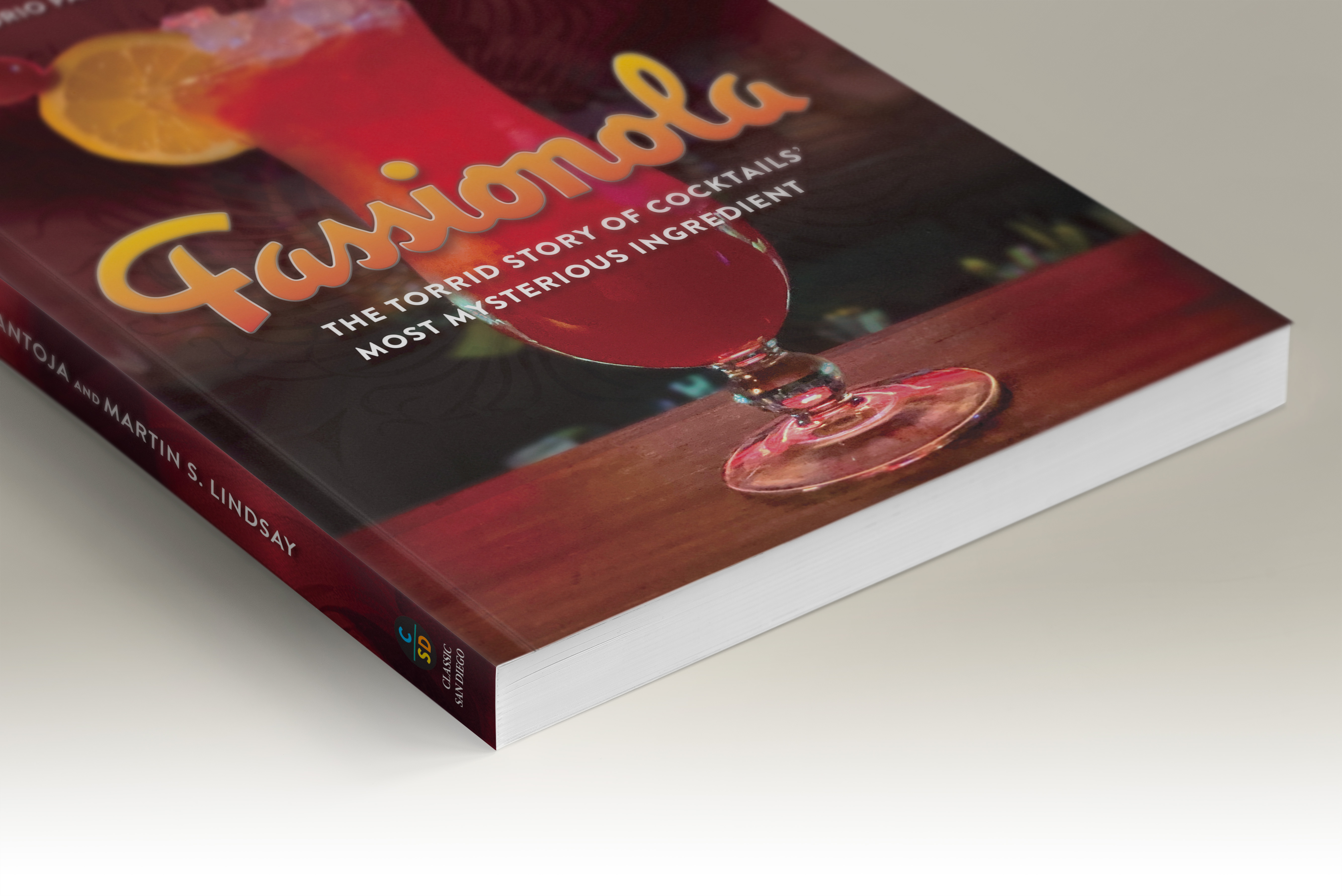 The Torrid Story of Cocktails’ Most Mysterious Ingredient

Today, little is known about “Passionola,” a passionfruit-flavored cocktail syrup once popular from the 1930s through the 1960s. In a new book from Classic San Diego Books, authors Gregorio Pantoja and Martin S. Lindsay uncover its origins and lost history. It is a detective work, a culinary and cultural history, a biographical review, and a cookbook all centered around cocktails’ most mysterious ingredient — Passionola — now known generically as “fassionola.”

Developed by a German immigrant druggist and his wife in Cardiff-by-the-Sea, California, the brand was coined “Passiflora,” then “Passionola” — a passionfruit product originally intended for soda fountains and ice cream sundaes. After the end of Prohibition, Don the Beachcomber used it in many of his original tropical cocktails. Thirty years and several scandals later, it was rebranded “Fassionola.” Along its journey, it touched the lives of music publishers, actors, dancers, soft-porn directors, suspected mob associates, and bartenders keen to keep the legend alive.

A Fassionola publishing project has been set up and is now live on Kickstarter. Backers may pre-order the book by visiting bit.ly/fassionola until October 15, 2022.

Gregorio Pantoja, MA, is an author, historian, philanthropist, and lover of Tiki’s lost and forgotten stories. Gregorio is a professor of history at San Diego State University and San Diego Community Colleges.

Martin S. Lindsay, AIGA, is an art director, food historian, writer, speaker, and board chair of the Culinary Historians of San Diego. Martin wrote Ninety Years of Classic San Diego Tiki, 1928-2018, contributed to Tim Ferriss’ bestseller The 4-Hour Chef, and blogs about history & food. He was the recipient of SOHO’s People In Preservation “Culture Keeper” award in 2022.